Apple may have already decorated the Yerba Buena Center as it prepares for the special event scheduled for tomorrow, October 22. We have already seen the invites sent to the press, but what message does it send? According to the Verge, to read between the lines of the forthcoming event, you need to look at the past, so Jacob Kastrenakes gathered a decade of Apple invites in his effort to decode this year’s invite.

Those who witnessed Apple changing the smartphone as it was, back in 2007 when the iPhone was presented, already know: the Apple Macworld 2007 invitation lived up to its claim. The invite said: “The first 30 years were just the beginning. Welcome to 2007.” 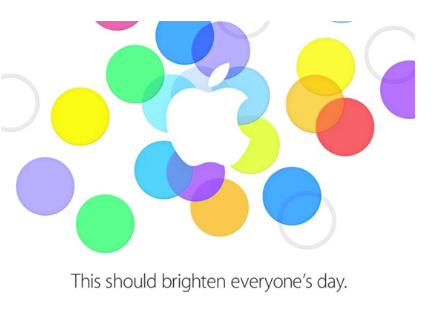 A year later, Apple hinted (though maybe not entirely clearly) at the launch of the App Store, alongside the iPhone 3G, with a second Golden Gate Bridge. Inching closer to today, the iPhone 4S invite’s “1 missed call” image clearly hinted that Apple is about to launch just a single iPhone despite rumours of there being two models. The clearest hint came last year with the iPhone 5 September 12 invite. And we mustn’t forget that this year’s iPhone invite put the Home button of the hot-selling iPhone 5s in front of us.

Looking at the iPad invites: Apple was clear with the first iPad launch, that it would launch a totally new product. Although the date could just have been a lucky coincidence, the second-generation iPad invitation featured a big “2” on it, with a hint toward the iPad, so the message was clear enough. But the iPad 3 invite resulted in some last-minute rumours of haptic feedback features that didn’t materialize. Instead, Apple introduced the Retina display in March 2012.

Last year, Apple told us, “We’ve got a little more to show you”, and it launched the iPad mini alongside other product refreshes. This year, however, Apple promises that it has a “lot to cover” during its event. Indeed, the expectations are high: iPad 5, Retina iPad mini, MacBook Pros, the redesigned Mac Pro, updated iPods, and Mavericks. 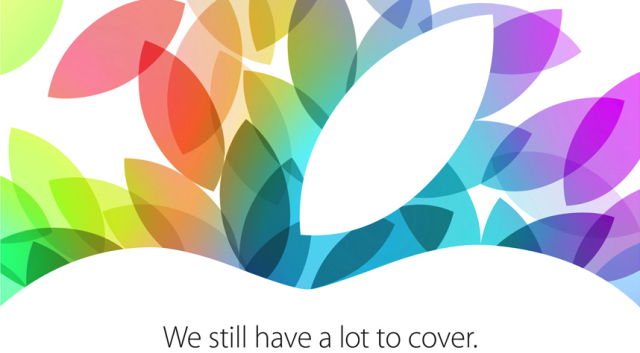 As Jacob points out, Apple uses bright colours so often that it is hard to guess what it is hinting at, but if the latest whispers are correct, we could see new, innovative iPad 5 covers.