Rumours about the iPad Pro have been around for a while now, but with contradictory reports. Fact is, we haven’t see the device materialize since the rumours began. Last week, however, Mac Fan obtained the blueprint of the alleged bigger iPad, now dubbed as the iPad Air Plus (via Pocket-Lint).

There were two notable changes compared to the previous rumours. First, its size: Earlier reports talked about a 12.9-inch iPad, but the Mac Fan source mentioned a 12.2-inch tablet. Secondly, its name: The latest report took a page out of the iPhone 6 naming pattern, and now the report says the bigger-screen tablet will be named the iPad Air Plus. 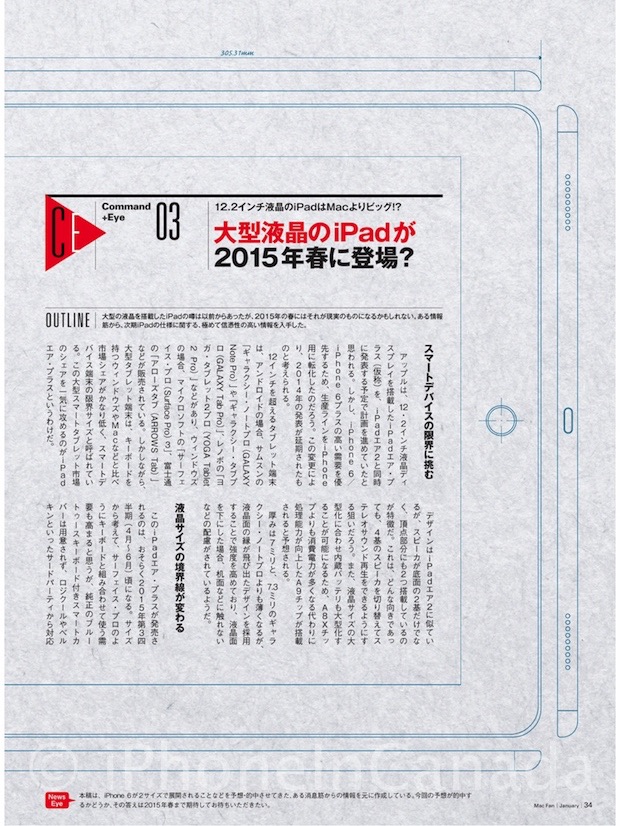 Whatever its name, YouTube poster Canoopsy took the rumour a step further and created a mock-up of the bigger iPad, comparing it to Apple’s current line of phones and tablets.

As you can see from the video below, the iPad Plus is just a little smaller than the MacBook Pro, so it can be considered as a laptop replacement for many who are after portability. However, it is worth mentioning that Apple has stated many times that there is no need to use a touchscreen on a laptop. It remains to be seen whether the device will be a new iPad, or a new MacBook Pro size.