If you can’t make it to a store, the offer is also available online on Costco.ca, but it’s $458.99, which most likely takes into account a partial shipping cost. 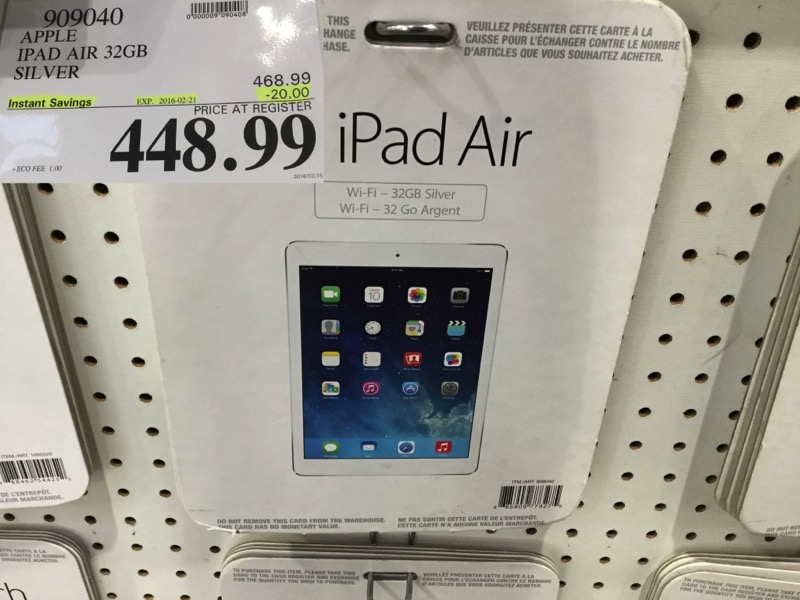 The iPad Air runs Apple’s ‘aging’ A7 processor that was released back in October 2013. You may want to hold off buying one though, as Apple is rumoured to release the iPad Air 3 at a special event next month. However, if you need a 32GB iPad Air for the kiddies, this may be one to consider.

Benefits from buying your iPad Air from Costco? You have a 90 day no-questions-asked return policy versus buying from Apple, or other authorized retailers. The sale goes until February 21, 2016.