University of Victoria (UVic) psychology professor Jim Tanaka has created an iPad app to assist kids with autism, with the help of his students over the past seven years. The new app called Let’s Face It! Scrapbook is now available for free in the App Store.

Tanaka explains to Metro News “We wanted to find a way to help kids recognizes faces in their everyday lives,” and also “We thought the best way to do this is to use the iPad camera to collect these pictures. The user builds his or her own content and then we put it into games.” 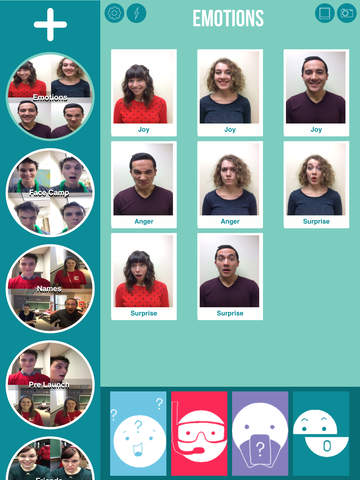 Children affected by autism spectrum disorder have difficulty in communicating and often look at people’s mouth region, when looking at faces. The iPad app allows users to focus looking at eyes on people’s faces in a non-threatening setting, which “are so important for understanding someone’s identity,” explains Tanaka.

Despite having a focus on autism, the app can be used by anyone who has trouble remembering faces. Tanaka said he has used the app to help remember names of students in his classes. The original inspiration for the app was to help create an app for his elderly father to remember the names of his children. The app can also be used as a study tool for anything that involves visual images.

The app is already being used by the Mosaic Learning Society in Victoria, which assists children with autism with educational support. The app uses the iPad’s front facing camera to take pictures and videos of people, who are then incorporated into the app through various memory games.

Click here to download Let’s Face It! Scrapbook in the App Store. It requires an iPad 2 or newer running iOS 8.0 or newer.