Today marks the official launch of the iPad mini and 4th generation iPad in Canada and other launch countries around the world. Early reports have noted line ups haven’t been as huge compared to previous iPad launches. Below are a couple images of the Eaton Centre Apple Store in Toronto: 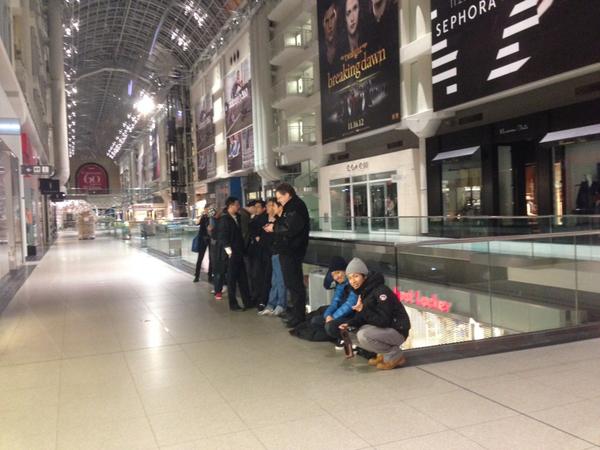 The reason for shorter lines this time around? One could conclude it was due to the fact Apple had easy online pre-orders for the iPad mini last week. Others are probably holding off buying the iPad mini until they get hands on with the device. Early reviews noted the form factor (the iPad mini is slightly thinner than the iPhone 5) and build quality was impressive, but also noted the non-Retina display as a shortcoming.

We noted Future Shop and Best Buy would be open at 8AM local time for the iPad mini launch. Some stores had delays getting stock right at the opening.

So the big questions: did you buy an iPad mini today? Did you line up? Has your pre-order arrived yet?