iPad mini Sold Out at Some Apple Stores in Canada

Today is the launch of the iPad mini and the 4th generation iPad. Earlier we reported lines were smaller than usual and after asking around, it appears some Apple retail locations have sold out of iPad minis:

@iphoneincanada eaton centre and sherway gardens sold out since 10am in Toronto.

@iphoneincanada market mall in Calgary was sold out just after 9am.

@iphoneincanada word is PacCentre did. About the time I was there 9:30

@iphoneincanada both Yorkdale and Eaton Centre in Toronto are sold out!

Did Apple just not have enough stock on hand leading to a quick diminishing of stocks? Or maybe the iPad mini hype is real?

In the U.S., Apple’s 5th Ave Apple Store also sold out reports Fortune’s Philip Elmer-DeWitt of iPad minis today. Even though the city is still recovering from the effects of Hurricane Sandy, over 800 people were in line just minutes before doors opened. 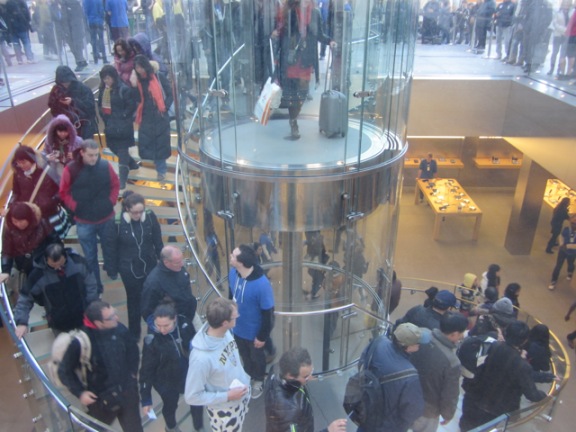 Were you able to buy an iPad mini today from Apple Stores or a reseller location?