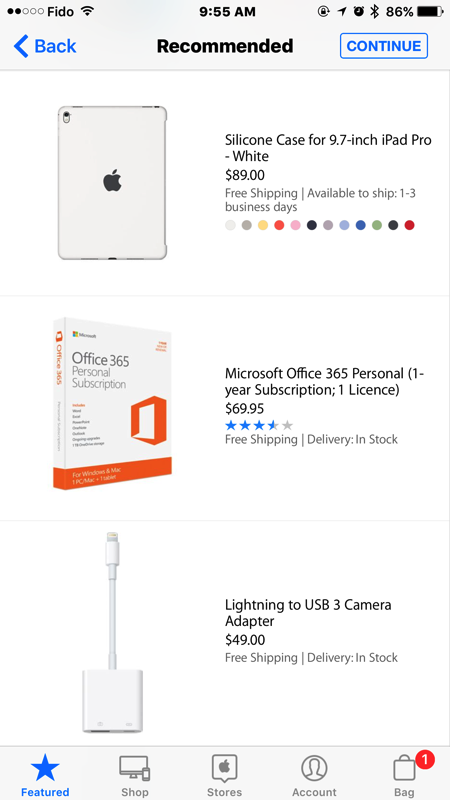 As highlighted by The Verge, it’s the only non-Apple “accessory” appearing on the order form, so it’s kind of an unexpected move from the company. You may already use Apple’s iWork suite, but if not, there is a free version of the Microsoft Office pack as well, with plenty of features casual users can enjoy for free.

In addition, the same Microsoft Office “accessory” appears when you order an iPad Air 2, iPad mini 2, or iPad mini 4, so although this may not be new, this has gone unnoticed until now.

Anyways, it’s a rather interesting move from Apple, although we must add that it started selling a Microsoft Office 365 subscription for Mac (one license) last summer in its online store in the accessories section.