Some analysts are betting on the iPad Pro as a game-changer, and their forecasts have (apparently) turned out to be correct: With the launch of the 12.9-inch tablet, Apple was able to slow the decline in iPad revenue as its model mix shifted toward higher-priced tablets, IDC says.

“This quarter was unique as we had new detachables in the market from all three of the major platform players,” said Jitesh Ubrani, Senior Research Analyst with IDC’s Worldwide Quarterly Mobile Device Trackers. “Despite lukewarm reviews, the iPad Pro was the clear winner this season as it was the top selling detachable, surpassing notable entries from Microsoft and other PC vendors. It’s also important to note that the transition towards detachable tablets has presented positive opportunities for both Apple and Microsoft. However, Google’s recent foray into this space has been rather lackluster as the Android platform will require a lot more refinement to achieve any measurable success.”

Apple reported an amazing holiday quarter with 16.1 million iPads sold, accounting for 24.5% of the global tablet market. Apple is seconded by Samsung with 9.0 million units shipped (13.7%), down 18.1% year-over-year, while Amazon is in the third spot with 5.2 million Kindle units shipped (7.9%), compared to the 1.9 million units reported from a year earlier, up 175.7%.

Of those, Apple sold 49.6 million units in calendar 2015, controlling 24% of the worldwide tablet market, down from 63.4 million a year prior. 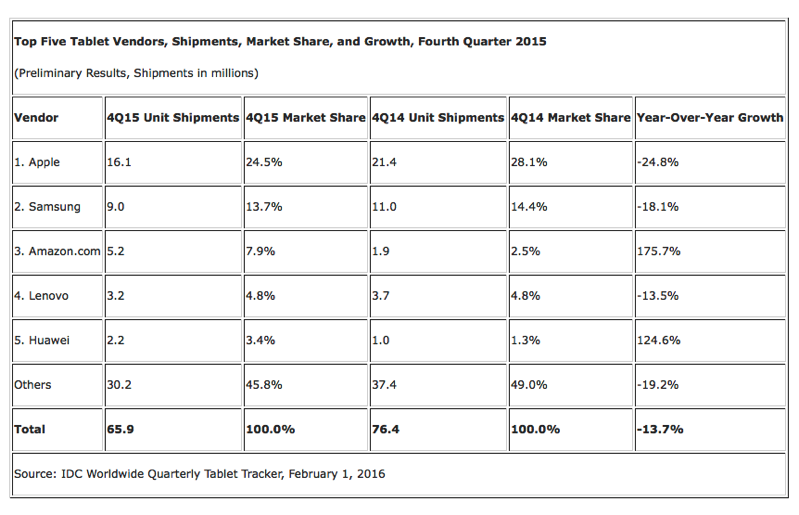 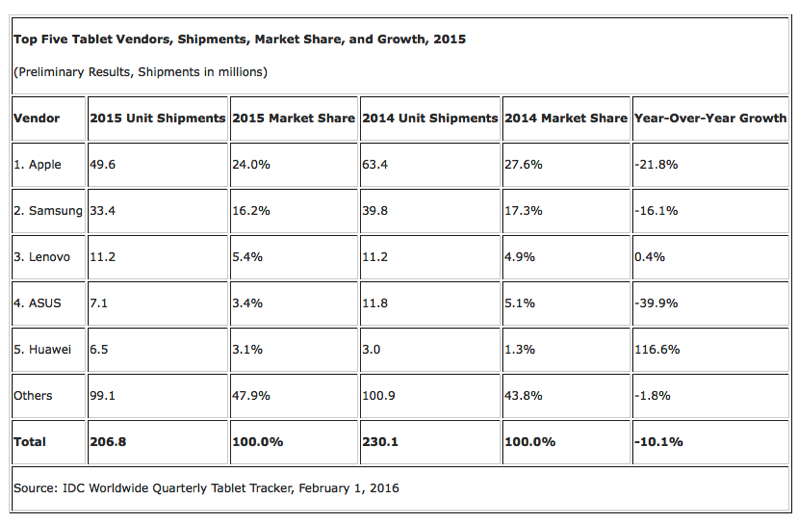