Back in July, Apple agreed to pay $60 million to settle the dispute over ownership of the iPad name with Proview Technology, who was declared as the rightful owner of the iPad trademark by a court in China. Following the settlement, sales of the iPad have grown significantly in China with shipments for the third quarter reaching 2.07 million units, up from 1.15 million in the previous quarter, ComputerWorld is reporting. 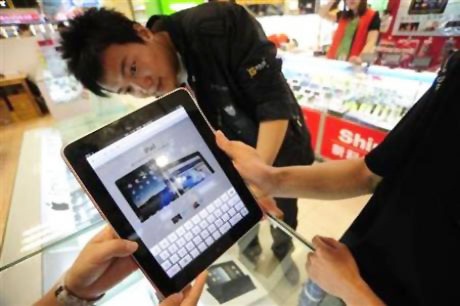 According to Dickie Chang, an analyst with research firm IDC, Apple gaining ownership of the iPad trademark in China “cleared the way” for sales of the new product. The Retina display iPad was officially launched four months after it was made available in the U.S. due to the ongoing legal battle with Proview Technology which had registered the “IPAD” trademark in China years ago.

The growth in iPad shipments further cements Apple’s dominance of China’s tablet market. After Apple, the next largest vendor is Lenovo, which shipped only 278,000 tablets in the third quarter. Samsung, the country’s third top tablet vendor, moved 143,000 units.

Globally, Apple said iPad sales reached 14 million in the third quarter, a year-over-year increase of 26%. But in terms of worldwide market share, Apple’s iPad fell to 50.4%, as shipments for Android tablets from Samsung and Amazon grew, according to research firm IDC.

With the launch of iPad mini and fourth generation iPad, Apple is expected to see even better tablet sales in the fourth quarter.