iPad web traffic has gained traction, recording the first month-over-month growth last month in the US and Canada, Chitika reports. Interestingly iPad web traffic dropped to 78.9% right after the Christmas holiday, but now it’s back to 81.9%. 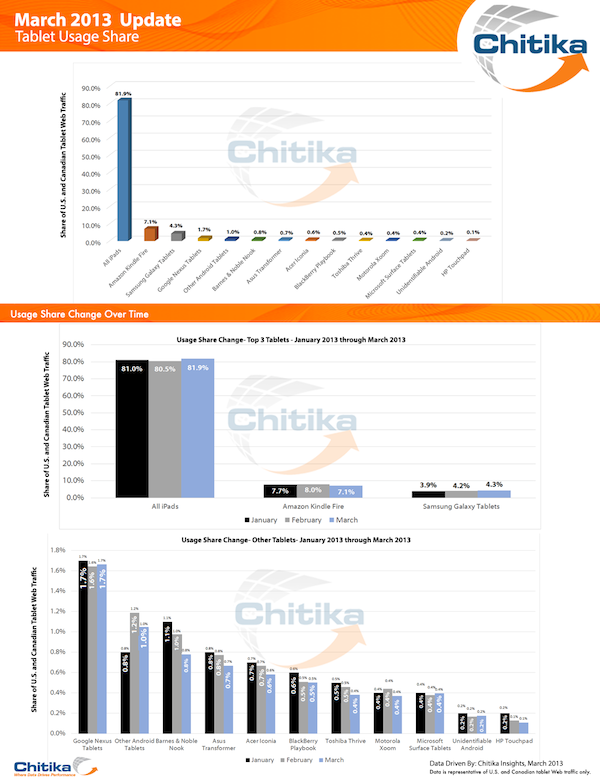 But when it comes to competition, the iPad (this includes the iPad mini as well) is seconded by the Amazon Kindle Fire, with 7.1% of web usage tracked through the Chitika Ad Network between March 15th to March 21st, 2013.

Google Nexus and Samsung Galaxy devices have recorded slight (0.1%) usage gains, but they are well below the iPad: 1.7% and 4.3% respectively. It is worth noting here, however, that the Kindle Fire has grown an impressive 66.8% in terms of web traffic compared to its position before the December holidays.

With the iPad maintaining its dominance within the tablet usage environment, it seems unlikely that any company will pose a challenge to its standing as the biggest driver of tablet traffic, particularly considering that the company is expected to release its latest tablet device within the coming months, the Chitika Insights report concludes.