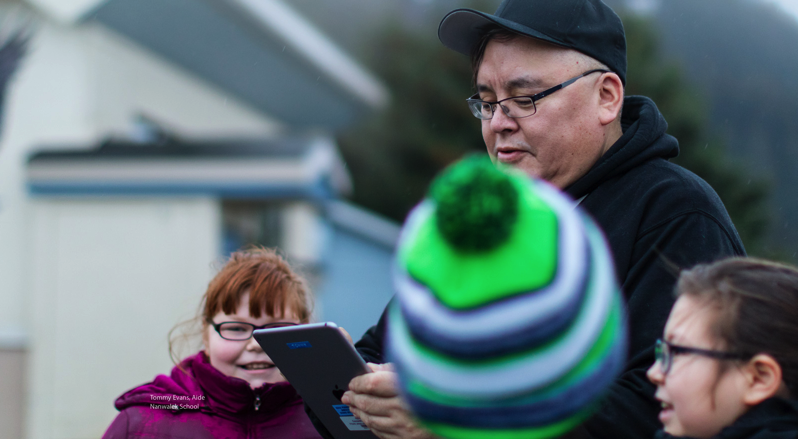 Apple joined Obama’s ConnectED program in 2014 and pledged $100 million for teaching and learning solutions to 114 deserving schools in the US. As such, Apple will donate an iPad to every student, a Mac and an iPad to every teacher, and an Apple TV to every classroom. It also assigns an employee to spend 17 days a year at each school in order to ease their transition to digital, train teachers, and help prepare lessons.

As detailed by the Wall Street Journal, an Apple executive sponsors each school. Apple’s senior president of Internet software and services Eddy Cue, for example, sponsors the school in Yuma.

The successful rollout is in contrast to the Los Angeles Unified School District initiative, which in August 2014 suspended a $1 billion program that had a similar objective. The initiative ultimately run into various issues, such as criticism about the procurement process and others.

But there are other success stories, such as the Coachella Valley Unified School District in Southern California. Although Apple isn’t funding their effort, the administrators bet on new technologies and outfitted all of its 20,000 students with iPads, starting in 2013. Superintendent Darryl Adams credits the iPads with helping to lift the district’s high-school graduation rate to 82% in 2015 from 65% in 2011, the Wall Street Journal report reads.

For those worried about what will happen after three years when Apple’s grant expires and that they won’t have enough funds to acquire new tablets, here is Eddy Cue’s answer:

Mr. Cue said that if the technology proves effective, it will be easier to find continued funding. “You have to solve the problem you have today and not worry about the problem you’re going to have tomorrow,” he said.