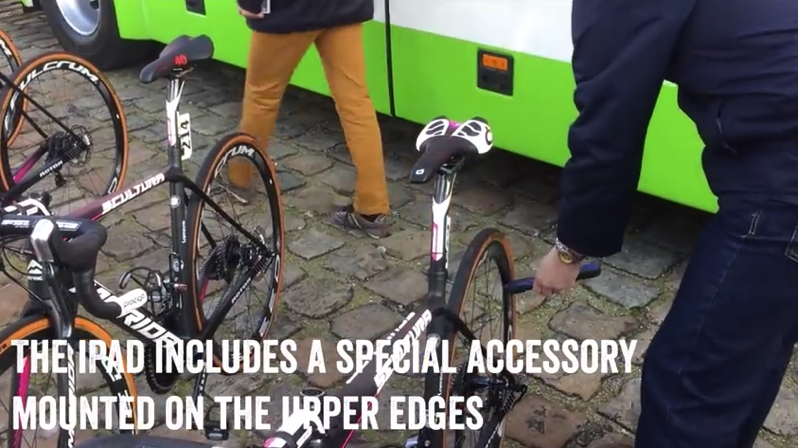 The iPad will have a central role in helping to identify technological fraud at the Tour de France, the Union Cycliste Internationale (UCI) has announced. These tablets equipped with custom software and hardware are an important component of a new scanning method which has been proved to be highly effective in detecting hidden motors of components that could contribute to powered assistance (via the Associated Press).

The new scanning method deployed by UCI uses an iPad, a case, an adapter and custom-made software which allows an operator to test a complete bike, wheels, frame and other components in less than 60 seconds. The iPads used for testing bikes in France will be equipped with thermal cameras, and the technology was developed by a French science and technology body called the CEA, researching atomic energy.

The UCI has conducted various tests to find the best way to detect technological fraud and found that thermal imaging had the potential to be the most useful method. It has also tested X-ray and ultrasonic technology, but they proved to be ineffective. The organization also previously used magnetic sensors alongside the custom app installed on the iPad.

The UCI says it has enough resources to carry out up to 4,000 tests at the Tour de France, which will kick off on Saturday.

Below is a video of the UCI using Apple’s iPad minis in action, at the Paris Roubaix event held earlier this year:

Electric motors hidden in frames are the new mechanical method of doping in cycling. Motors, once turned on via a hidden switch somewhere along the handle bars, assist riders as they tackle steep ascents. Check one out in action below:

Earlier this year, Belgian Femke Van den Driessche was caught with a hidden motor in her bike, and subsequently banned from racing for six years and stripped of previous winning titles.

Tired of getting ‘dropped’ on hills when you’re out on weekend rides with your buddies? Just fork out the dough for a hidden motor–problem solved! Bring on those #StravaPRs and #KOMs.