Matthew Panzarino from TechCrunch gets an explanation from JD Power on how Samsung beat Apple in its latest tablet study, despite visuals and scores which seemingly suggest the opposite:

So I reached out to JD Power and spoke to Kirk Parsons, senior director of telecommunications services. What he told us wasn’t too surprising, but it may help clear up some of the confusion. First off, the “power circle” chart that’s being widely circulated is simply a visual tool, and not representative of the actual scores given to the brands evaluated in its survey.

Parsons confirmed the percentage, but said that the differential between the prices of the iPad and the prices of the Samsung tablets that were included in the survey was large enough to “more than offset” the score in the other four categories. Parsons says that the price category contributed to a full two-point difference between Apple and Samsung. 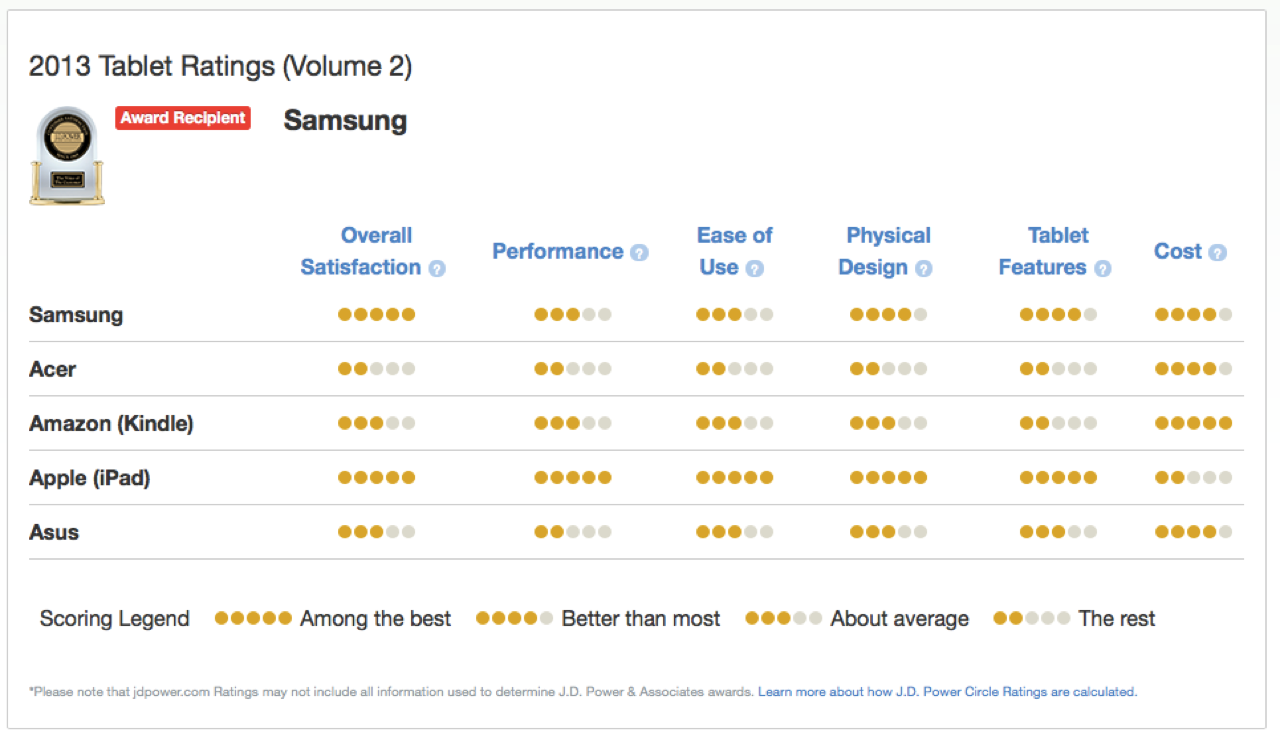 So when it comes down to performance, ease of use, physical design and features—Apple’s iPad is the winner. But if you’re solely focused on price, Samsung’s tablets are the way to go, and is why JD Power determined them to be “better” than the iPad. Does this also mean a Hyundai Pony is better than a BMW?