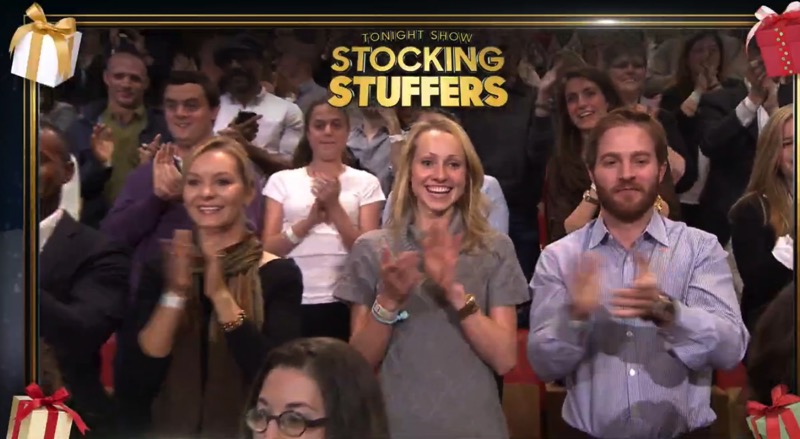 Check out their reactions below (NBC’s video is not mobile friendly):

Despite Fallon calling the units ‘iPad 2’, they are actually the latest iPad Air 2. Fallon is known to be an Apple fanatic, as his desk normally has his MacBook Air proudly on display during tapings. He also has starred with Justin Timberlake in recent iPhone 6 and iPhone 6 Plus ads, in humourous voiceovers. Surely, this Apple connection helped him hook up the audience with some pretty awesome swag.