Just like it did with the iPhone 5s and 5c, AppleInsider has obtained design documents from case manufacturers that will likely use the data included in the image below to create new cases to fit the new form factor. 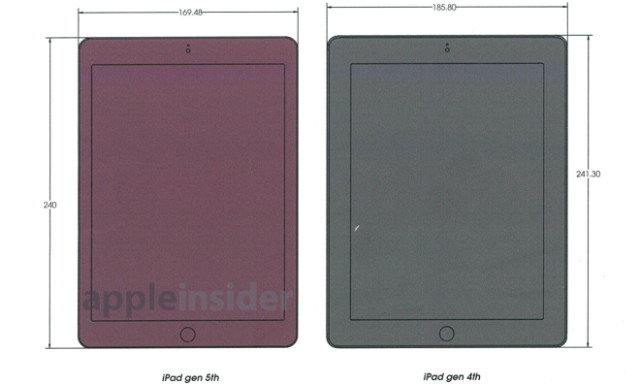 In terms of thickness, the full-size tablet’s leaked schematics show that it will only measure 7.50 millimeters, which is 2.05 millimeters less than the iPad 4.

The new details seem to reinforce earlier rumours claiming the iPad 5 would be thinner and lighter than the iPad 4, and if these numbers are indeed correct, it will be much more portable as well.

In addition, Apple is rumoured to be producing the iPad 5 and the iPad mini 2 in three colours: Space Gray, gold and silver, according to the latest image leaks, and hopefully the tablets will sport the recently introduced Touch ID. With the fingerprint sensor built into all new-generation iDevices, the iCloud Keychain feature — present in beta versions of iOS 7 and highlighted during the WWDC 2013 keynote, but removed with GM — could make sense, as it will offer the (minimum) protection needed for such sensitive data as credit-card information and passwords.