Leaked images have surfaced of what is apparently cases for this year’s iPad Pro model. While Apple has not formally announced the new device, the photos show a square cut out for the camera, resembling the setup featured on the iPhone 11, iPhone 11 Pro and iPhone 11 Pro Max.

MacRumors caught wind of a Twitter post made by esteemed mobile leaker Ben Geskin. In a tweet, Geskin posted images of a case belonging to the next generation of iPad Pros. 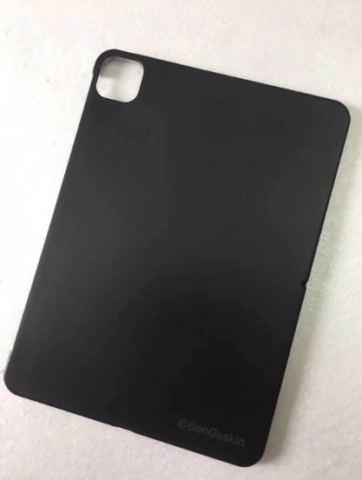 The most notable aspect of the case would be the camera cut-out. From what we can glean from the images, the camera of the new iPad Pro will be a fair departure from what we have seen in the past.

Assuming that Apple will want to take advantage of all of that real estate, the next-generation iPad Pro may move to a dual or triple rear camera, similar to the iPhone 11 and iPhone 11 Pro. Previous iPad Pro models have stuck to convention by only offering a single rear camera, topping out with a 12mp camera on the 2019 model.

These leaked photos do align with past rumours. Circulating all the way back in September of 2019, reports filtered through suggesting that the new iPad Pro may sport a triple-lens camera setup.

We may not have long to wait to see the new iPad Pro in all its glory. Recent reports suggest that Apple may hold an event in March and could potentially unveil the device there on stage.