This morning, LTE iPad mini pre-orders have finally shipped in Canada, as seen below in the shipment notification email sent in by iPhone in Canada reader, Jon: 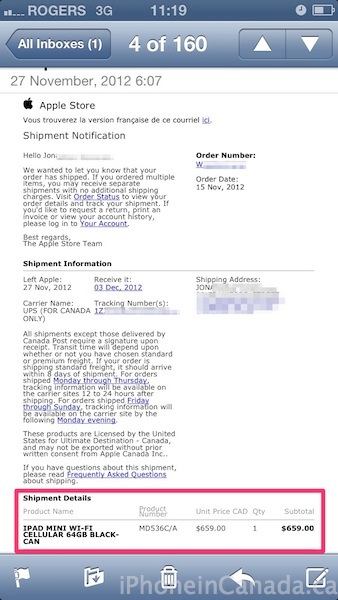 Looks like Apple has geared up for the holiday period, as yesterday iPhone 5 shipping times dropped to one week. Apple Stores do not have cellular models in stock yet, but they are slated to arrive this week.

Has your LTE iPad mini shipped?

Update: the original in-stock graphic was for the iPad, not iPad mini and the article has been corrected.