Steve Ballmer, the CEO of Microsoft, has admitted in an internal town hall event held earlier this week, that the company is not selling as many Windows devices as it should. The Verge reports that Ballmer acknowledged the fact that Microsoft has built too many Windows tablets, when referring to the slow Surface RT sales. 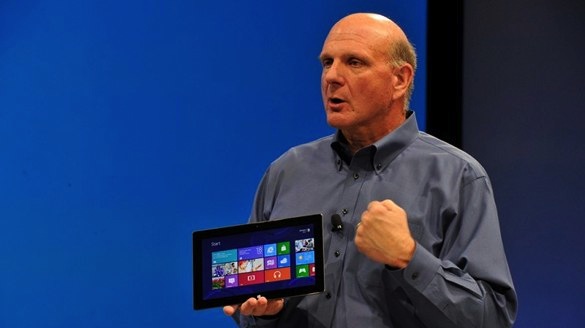 According to the source, Ballmer and COO Kevin Turner both addressed the recent $900 million hit for Surface RT and the sales pace of Windows across various devices at the town hall event. The CEO also discussed the company’s focus on securing Instagram for Windows Phone as well as its plans for the next-generation Surface. He further discussed the performance of Windows saying, “we’re not selling as many Windows devices as we want to”, as he referred to phones, tablets, and PCs.

“We built a few more devices than we could sell,” admitted Ballmer when referring to the slow Surface RT sales. Microsoft recently cut the price of its Surface RT tablets by 30 percent worldwide, and Ballmer and Turner reiterated in the internal meeting that the huge writedown was a price adjustment that was necessary to sell Surface RT devices.

It is believed that next generation Surface tablets are currently being tested with incremental improvements, and will sport the new Qualcomm Snapdragon 800 processor.