Cleveland Cavaliers forward LeBron James was spotted looking at an iPad during a break on the bench during the game against the Miami Heat. James is taking advantage of a new NBA rule allowing teams to instantly upload in-game footage from iPads from behind the bench, so both players and coaches can use it, reports cleveland.com (via the Loop). 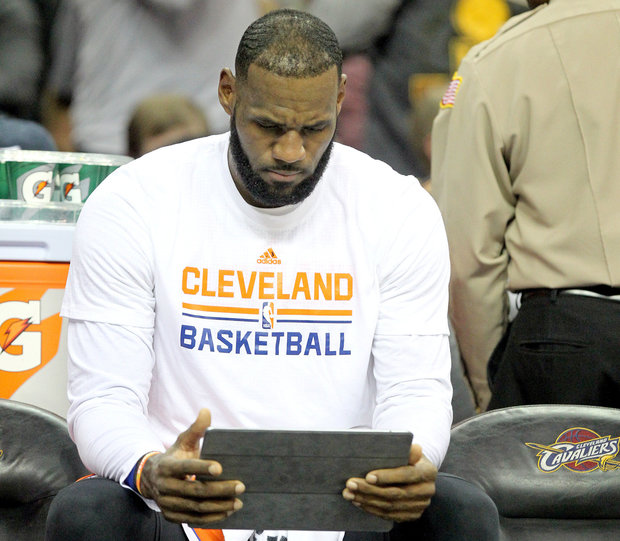 Well, kind of, because Cavs don’t actually upload the footage to iPads behind the bench, but what’s important here is that James is the only Cavs player to have been seen studying an iPad during games. The Cavs coach doesn’t use iPads during games.

“Just seeing how defenses are playing me, playing us,” James told cleveland.com. “Kind of watching and paying attention to the minutes I was in, so at the last three minutes of the first quarter when I come out, I can watch and see from when I was in. Then I go back in for the second, and I get it once again at the six minute mark of the second quarter. Just trying to stay above the curve and see how i can help.”

The league allows teams to use iPads, but while some organizations, such as the Portland Trail Blazers, have jumped on the opportunity and use tablets often, others, such as the Hornets, are slower to adopt technology.

According to assistant coach Mike Longabardi, the Cavs used iPads more in games during the playoffs and the Finals last season, but the experience is better now, because they can upload videos for review immediately at the bench.

Although right now it is only James who’s using iPads, others will join in, as the team will move video equipment behind the bench.