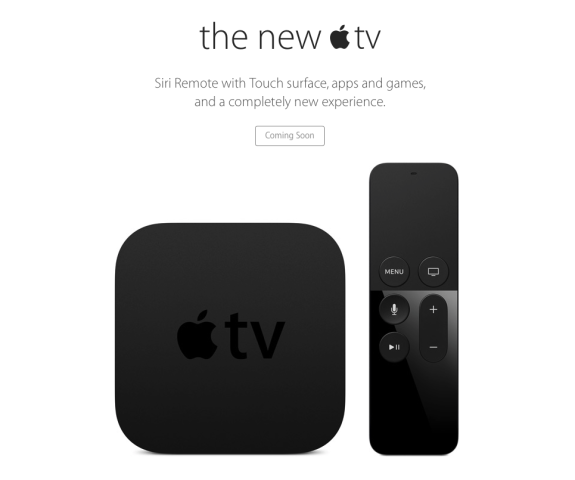 Apple will reportedly be stocking its retail stores with the all-new Apple TV and the gigantic, 12.9-inch iPad Pro in the first week of November, according to sources cited by 9to5Mac. The new Apple products will go on sale at Apple’s online store in late October.

The revamped Apple TV set top box and iPad Pro will both begin showing up in Apple Retail Stores for sale during the first week of November after going on sale via Apple’s website in late October, according to reliable sources. It is also likely that the first online orders of both products will reach customers in early November.

Information about the availability of the Apple TV and iPad Pro has been sparse thus far: if you visit Apple’s website you’ll discover that the Apple TV is “coming soon”, and that the iPad Pro will be “available [in] November”.

Apple has previously said that the new Apple TV would go on sale in October, but it looks like the device will only be available only towards the end of this month. As for the iPad Pro launch date, the 9to5Mac corroborates a whisper from earlier this week which suggested the tablet will hit the stores in early November.