Osmo, an iPad accessory that brings real-world gameplay to the tablet, comprises of a simple white stand that props up the iPad in landscape mode, and a small red clip that covers up the iPad’s camera. According to GigaOM, it is the kind of gaming device that has the potential to redefine how kids play and learn with mobile devices. 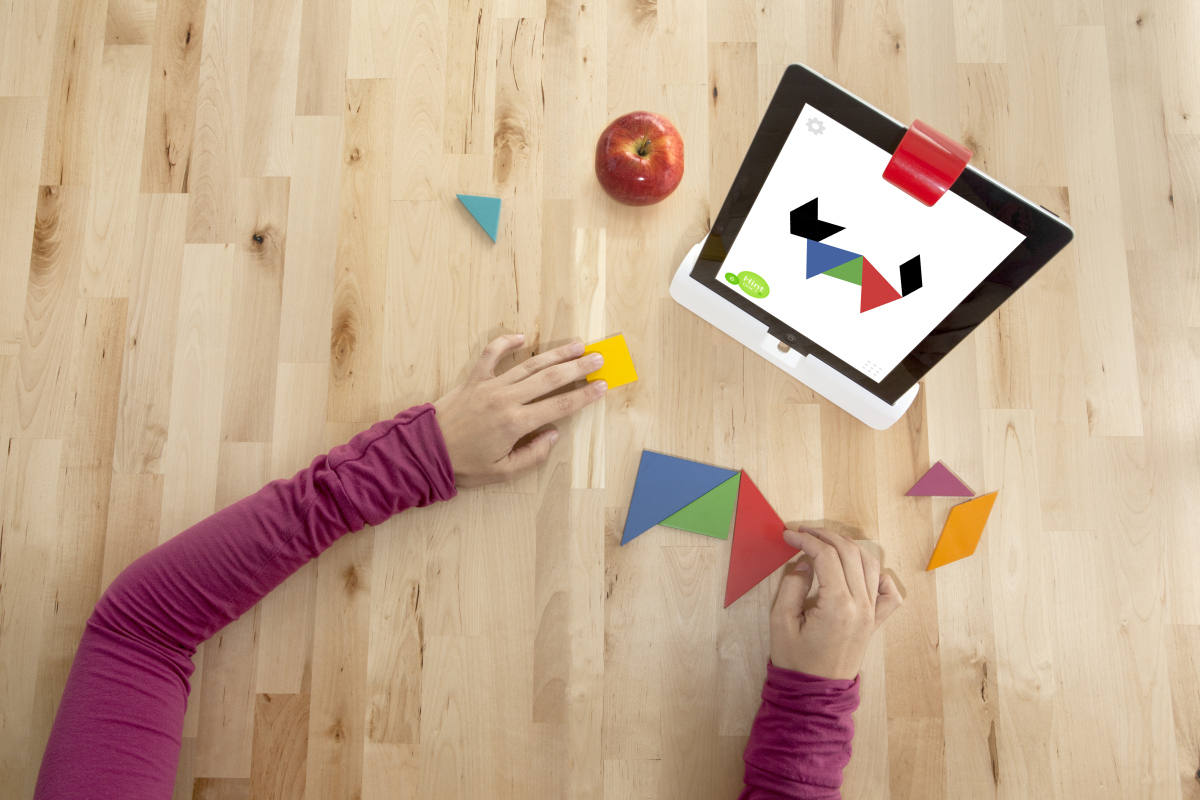 Once Osmo is set up, an internal mirror redirects the camera view point to an area on the table in front of the iPad that’s roughly the size of an open magazine, which is the area Osmo uses for gameplay. The product comes with two games and some extra accessories. One of them is ‘Tangram’, the traditional Chinese puzzle game consisting of seven objects that can be combined to create an endless number of shapes. The corresponding iPad app tasks players with solving ever-more-complicated puzzles by showing them the shapes on the screen.

The second game called ‘Words’ is basically Osmo’s version of Pictionary. It consists of two sets of letter cards in two different colors, allowing you to play with or against another player as well as in single-player mode, and yet another iPad app. While Words may be a simple game, it shows some of the technology behind Osmo at work. 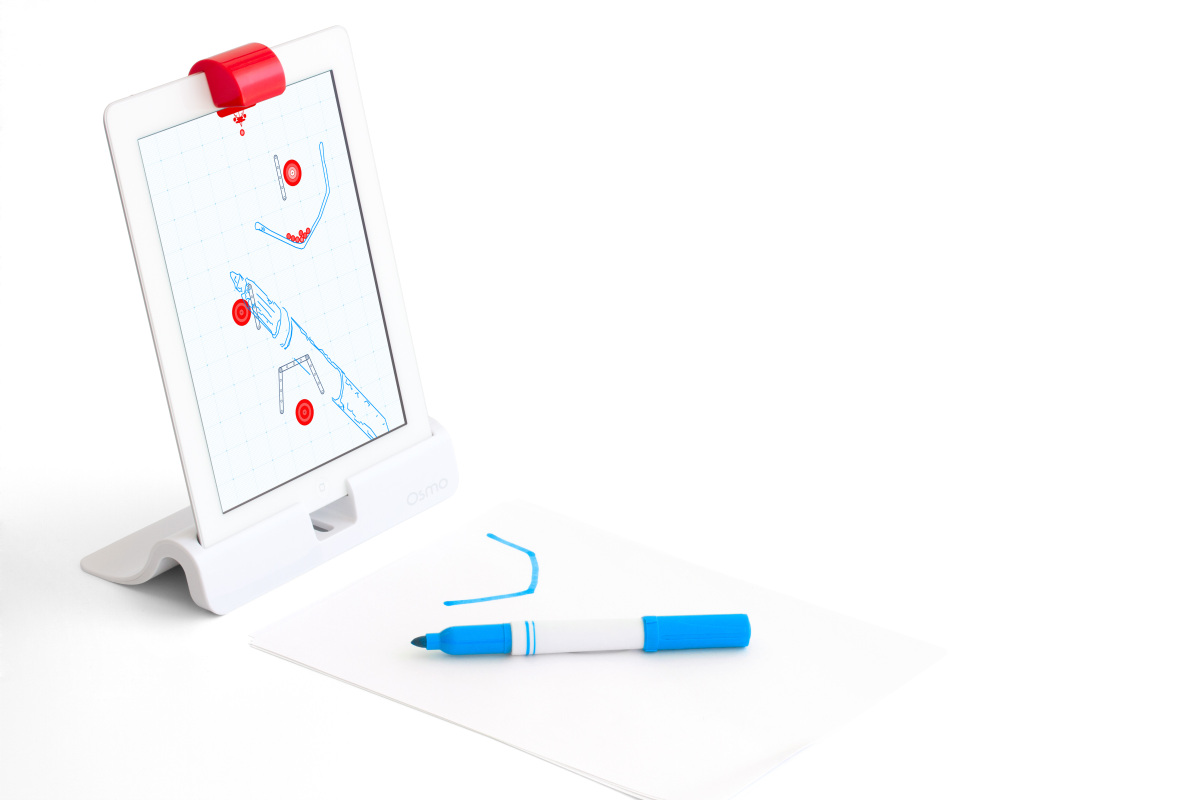 However, the most impressive of all is the third game called ‘Newton’, that comes without any additional objects:

“The goal of this Osmo game is to redirect balls that are falling on the iPad screen to hit other objects on the screen. Except you don’t do the redirecting on the screen, but on your piece of paper. Draw a line, and the iPad app automatically imports it into the game. Draw another one, and you might have a funnel for those falling balls. Now add a physical object — a key, a pen, a toy, your own fingers, or any object, really — and Osmo automatically registers its outlines and adds them to the game as well. It’s augmented reality meets scribbling, and it’s a whole lot of fun.”

Osmo is currently available for pre-order through a self-hosted crowd funding campaign. Meanwhile, check out the the following promotional video: