RCMP in Newfoundland have released a suspect’s photo, alleging the following individual is responsible for stealing $5,100 worth of iPads from Walmart in Marystown, which is roughly 300 kilometres from capital St. John’s.

Police informed CBC News the suspect, pictured below, took the iPads from Walmart on May 31. A still image taken from security video has been released in an attempt to locate the suspect. 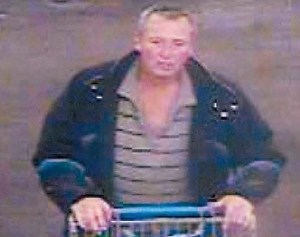