Postmedia has ended their iPad evening edition apps for the Calgary Herald, Ottawa Citizen and Montreal Gazette, with last editions being sent out yesterday, after its short run of a year and half.

Phyllis Gelfand, VP of Communications at Postmedia told The Globe and Mail “It was a beautiful product we were proud of, certainly, but it just didn’t reach a critical mass of audience or advertisers,” while also saying “And we’re finding that our news app that’s constantly updated is a better product, it’s a more desirable product.” 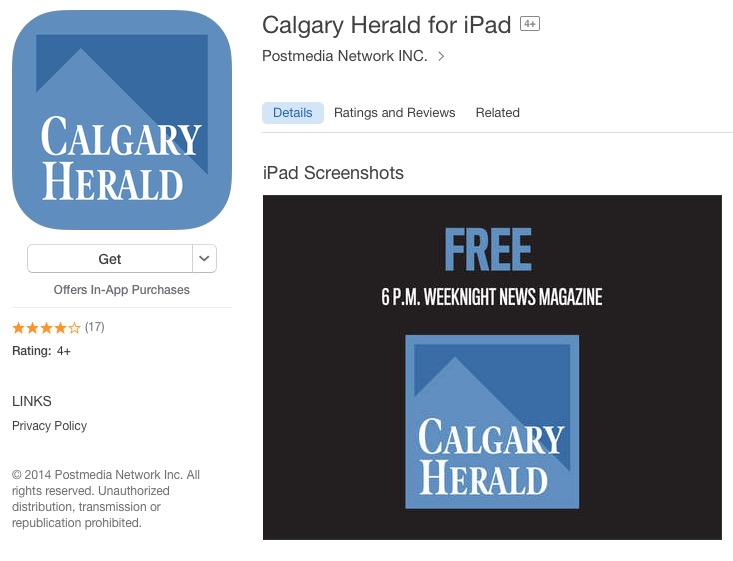 Existing readers of the iPad apps will be redirected to download Postmedia’s recently updated news app, which is universal for iPhone and iPad.

According to data from Alliance for Audited Media, circulation of the Citizen and Gazette for tablets and smartphones were pegged at roughly 11,000.