If you’ve been waiting to jump on an refurbished iPad from Apple.ca, let it be known 32GB and 64GB iPad 4 models in Wi-Fi were restocked this morning. Here’s what’s available: 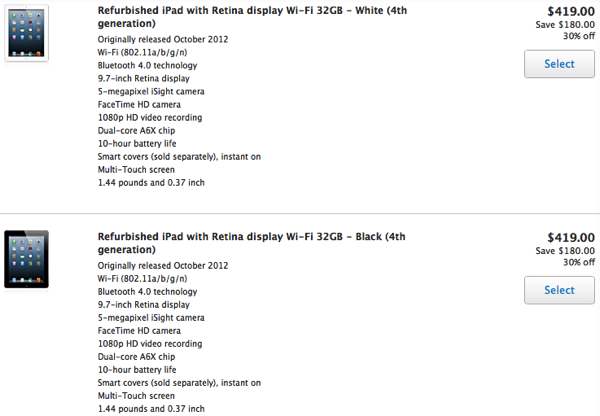 Apple currently sells the 16GB iPad 4 Wi-Fi for $399—for $20 more, you can get a refurbished unit that is good as new with double the storage capacity. A 16GB iPad Air Wi-Fi models costs $519.

It’s going to be up to you to decide which model is best, but for general use the iPad 4 pretty worthy, despite its heavier weight.

Refurbished iPads come with a new battery and external shell, plus a one year warranty. The only thing missing is the shiny new box.