Refurbished Apple Pencils Restocked in Canada, Save Up to $30 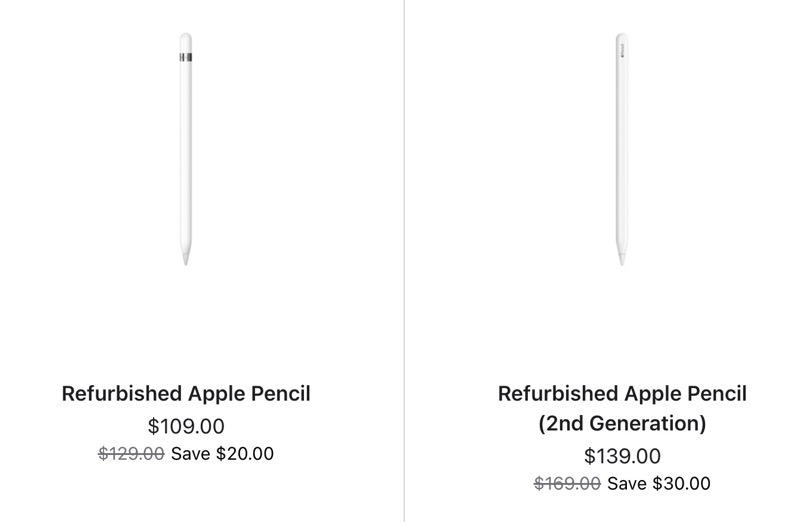 If you’re about to purchase a new iPad, Apple has restocked its refurbished Apple Pencils in its online store.

The original Apple Pencil from 2015 is available for $109, saving you $20 off the retail price. The first-gen Apple Pencil works with the following iPads (Apple still needs to update the compatibility list on its refurbished website):

iPad 10 owners will need to buy a $10 USB-C adapter from Apple to pair and charge the original Apple Pencil with their new tablet. Update: Apple Pencil in the refurbished store says it includes a “Lightning Adapter” in the box, which is different than the USB-C adapter needed for iPad 10.

This latest Apple Pencil attaches magnetically to compatible iPad Pro models and gains a touch surface that supports double-tapping, along with a new design.

Click here to shop for these refurbished Apple Pencils on Apple.ca while they are still available.