In late October Apple.ca stocked iPad 3 units in its online refurbished store and as of this morning, the iPad 4 has made its way into the store as well. Apple ‘eliminated’ the iPad 4 with the debut of the brand new iPad Air.

The US Apple refurb store received iPad 4 units a while back, but now Canada gets to have some fun too. If you have been waiting to get a deal on the iPad 4, this is your chance.

Here are the model configurations available in the refurb store for the iPad 4, which debuted in October 2012: 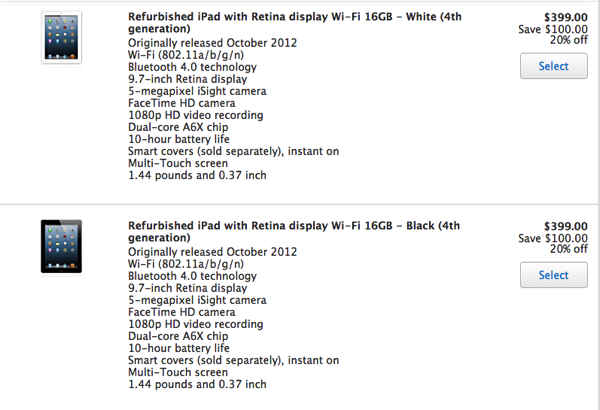 Other iPad 3 and iPad 2 models also were replenished today too:

All refurbished iPads are good as new as they come with a brand new battery, exterior shell and one year warranty (minus the shiny new box).

Let us know if you’re going to jump on any of these—supplies are limited.

Apple’s Stage Manager multitasking feature in iPadOS 16 is only for tablets with the company’s M1 chip, but that is now changing. According to Engadget, Apple told the publication Stage Manager is now expanding to older iPad Pro 3rd gen and 4th gen models when iPadOS 16 is released later this year. M1 iPad Pro […]
Gary Ng
5 days ago