Scotland Yard has accepted the idea that the days of pen and paper are over and announced a £200 million (~$360 million) tablet investment, with the trial purchase comprising 600 iPad minis. 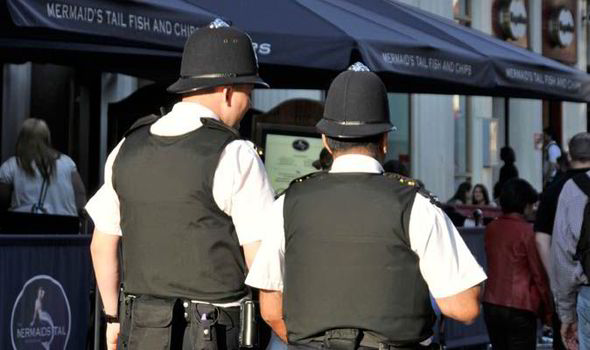 These iPads will replace police notebooks used to record incidents, and the first to get one will be officers in Hammersmith and Fulham. Of course, this also means the Metropolitan Police will also design its own applications (not available via App Store, though) for recording crimes and taking witness statements. Also, these apps will give them access to local data such as the number of repeat victims in the area, nearby gang members, and directions to the nearest A&E department, the Financial Times reports.

Future purchases (projected for the next three years) depend on the success of the trial run, with expected annual savings of 30% on the current IT systems.

Richard Thwaite, the Met’s chief information officer, is full of enthusiasm for the project. “We want the officers out there fighting crime on the streets rather than sitting in a police station tapping on a keyboard, not solving anything,” he told the Financial Times. “Even if they are in Starbucks keying in details, then at least they are out there, visible and accessible and reassuring to the public.”

There are caveats to this move, though: as the NAO (National Audit Office) found, a previous program that equipped officers with more than 40,000 mobile devices didn’t meet projected expectations. Of the projected £125 million (~$225 million) in savings, the program produced only £600,000, and the officers spent more time in the office rather than less.