The Source Clearance: iCade Arcade Cabinet for iPad for 90% Off at $9.96

If you’ve always wanted an iCade arcade cabinet for iPad, it’s now available for a rock bottom clearance price of $9.96 at The Source locations nationwide that still have stock remaining. The original MSRP of this unit is $99.99, so the savings are $90.03. 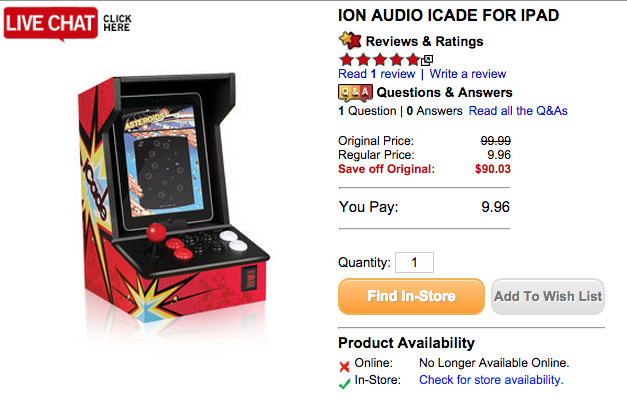 Your iPad fits inside the iCade and controls games on iPad via a Bluetooth connection.

The units are exactly sold out nationwide just yet, as there are five units left in Victoria and a couple left on the Lower Mainland. It’s best to use the The Source’s online store availability checker to see if there is stock available near you. Let us know if you nab one!