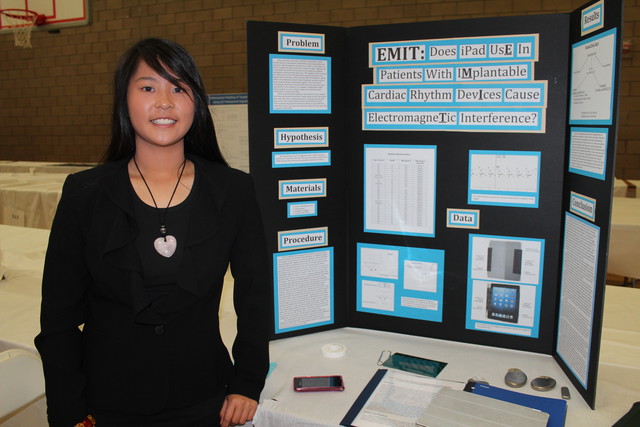 A 14-year old Chinese researcher Gianna Chien claims that in some rare cases, the iPad 2 might interfere with life-saving heart devices because of the magnets inside, Bloomberg reports. The young researcher’s claim, which is based on a science-fair project that apparently didn’t even win her a prize, suggests that if a person falls asleep with an iPad 2 on the chest, the magnets in the cover can “accidentally turn off” the implanted heart device.

Chien’s research warns people with implanted defibrillators, which deliver an electric shock to restart a stopped heart. “I definitely think people should be aware. That’s why I’m presenting the study”, she said. However, it must be noted that Apple’s iPad 2 safety guide already cautions users about radio frequency interference and suggests that patients with pacemakers should keep the iPad at least six inches away.

Defibrillators, as a safety precaution, are designed to be turned off by magnets. The iPad2 uses 30 magnets to hold the iPad2’s cover in place, Chien said. While the iPad2 magnets aren’t powerful enough to cause problems when a person is holding the tablet out in front of the chest, it can be risky to rest it against the body, she found.

Apple also recommends that iPad devices should be turned off in health-care facilities when instructed by staff or posted signs.