Five Tablets That Were Deemed ‘iPad Killers’ But Failed

Today marks exactly five years ago Apple launched sales of the original iPad in the U.S. We remember having a friend help pick ours up down in the States for us. Using the tablet to surf the web was a completely different experience than having a MacBook on your lap.

Along the way, we’ve seen numerous competitors dubbed ‘iPad killers’ but never were. Here’s are five that we’ve come up with, for quick trip down memory lane:

BlackBerry PlayBook (2010) – RIM’s entry into the tablet space was the 7-inch PlayBook, touted to have advantages because it ran full-fledged Flash and had a 1080p video recording capabilities. At launch, the device required a Bluetooth tether to your BlackBerry smartphone to access email, calendar and contacts. The PlayBook was a dud and retailers such as Staples put it on clearance for as low as $118 CDN back in 2012. RIP, PlayBook. 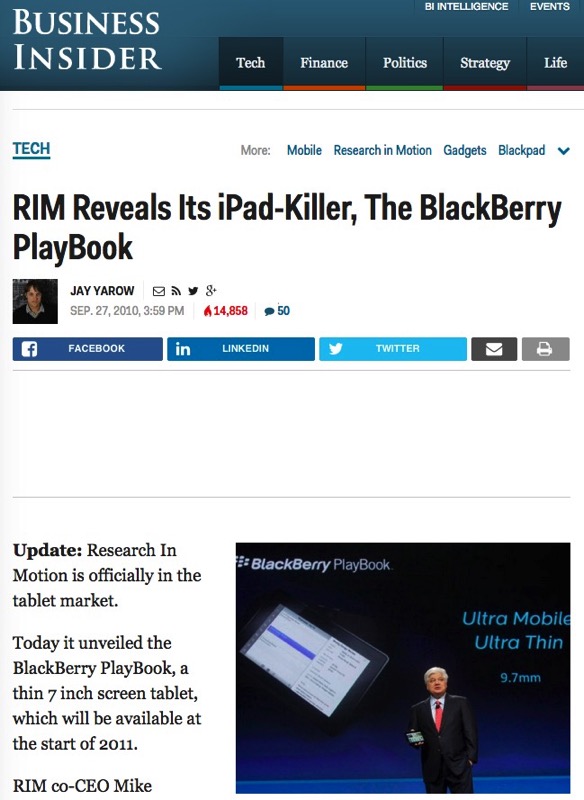 HP TouchPad (2011) – Hewlett Packard’s TouchPad was said to be an ‘iPad Killer’ according to CNET, which, according to their hands-on said the device was “quite frankly, amazeballs.” Again, the device was touted to have an advantage over the iPad because of Adobe Flash support, and the fact it ran Palm’s webOS the company had acquired. Later it was discontinued in 2011 due to dismal sales, and went on clearance for as cheap as $99 CDN. 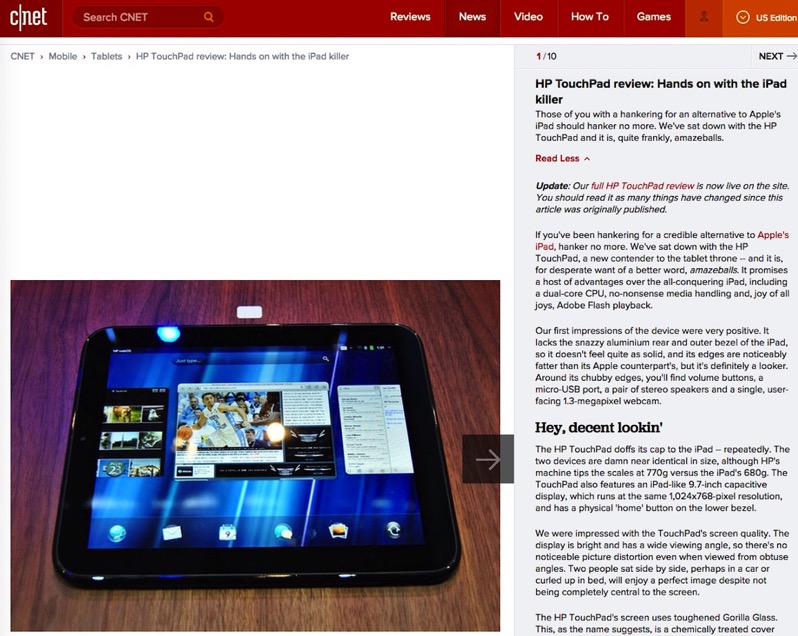 Microsoft Surface RT (2012): The built-in kickstand and the Touch Cover which acted as a keyboard was supposed to be highlights, along with its two USB 2.0 ports. The company took a $900 million write down on this so-called iPad killer. Prices were slashed by $150 and were available for as low as $299 CDN from Staples a year later. Hey, at least the commercial (which highlights a clicking keyboard) made you want to dance, right? 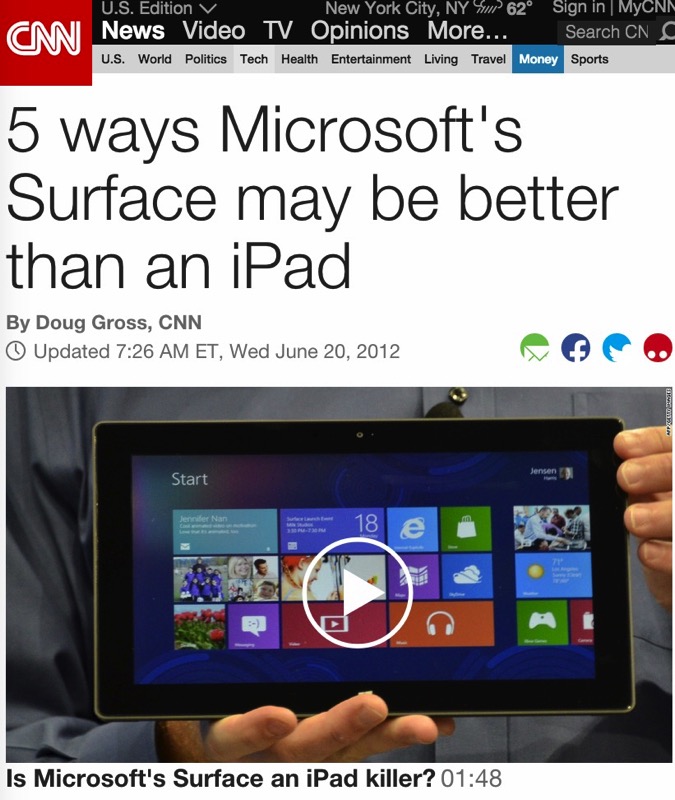 Asus Eee Pad (2010) – The Taiwanese PC maker tried to jump into the tablet market with this device running Microsoft’s Windows 7 OS. I don’t even know anyone who actually purchased one of these. It probably made a good paperweight. 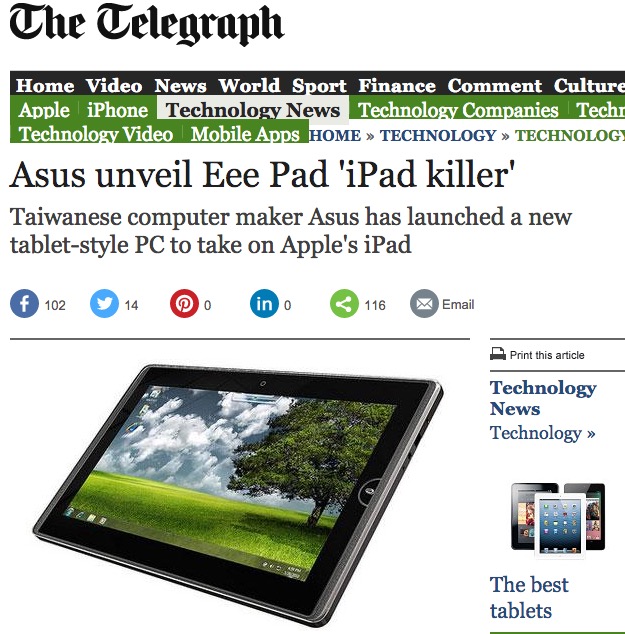 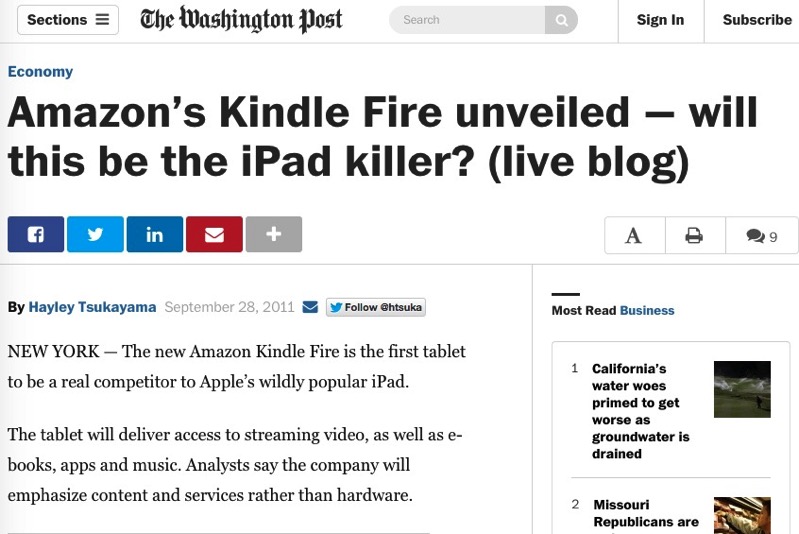 Apple has sold 250 million total iPads to date, as revealed during its January earnings call. While iPad sales are declining, CEO Tim Cook says it’s only a “speed bump.” Recent rumours have suggested a larger ‘iPad Pro’ is in the works, which could help stimulate sales.

When the original iPad launched, many were hesitant to wonder why they needed one. While the iPhone 6 Plus has reduced my iPad usage slightly, the device is still essential for me as a consumption device and is one of the fastest ways to blast through emails. How do you use your iPad?

PS – The Verge has a great run down of iPad launches here.