According to a report by CTV News, a Target location in the Kitchener area appears to have sold a Waterloo woman a demo iPad Air unit by accident. Demo iOS units come preinstalled with info such as apps, contacts, photos, and more so users can try out a device. 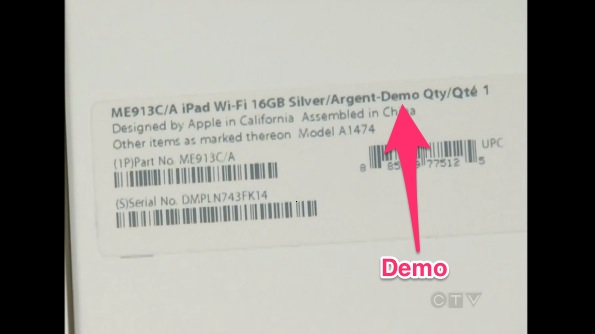 Robin Crowley purchased the sealed iPad Air which had ‘demo’ marked on the box’s label. She believes the info on the device belongs to a woman living in California. It had pages of apps, existing calendar entries and hundreds of contacts:

“If I were her I would be pretty upset,” she says. “I also think if it got into the wrong hands that could be dangerous.” 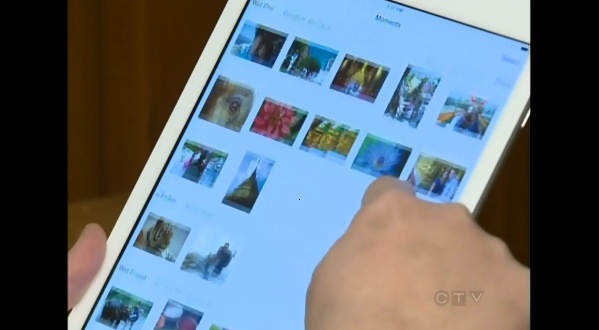 CTV tried to reach out to Apple’s PR team but the offices were closed for Thanksgiving. Target sent the following statement:

“The privacy of our guests is of paramount importance and this is the first time we have heard of this type of event. We are investigating it with our partners at Apple and are happy to keep you posted as we learn more.”

For those who have experienced a demo iPad or iPhone unit before, you probably would be familiar with preinstalled apps, photos and more on a device. The fact this iPad Air was sealed and non-distinguishable other than the ‘demo’ label, I can see how that could convince a non-user the info could be real. The video shows photos on the iPad which look to be professionally taken, a clue the unit is a demo.

Check out this humourous video analysis by Yahoo News:

What do you think? Was this a demo unit sold or does this iPad actually ‘belong’ to a woman living in California?

Update 12/4/13: Apple pointed us to the following statement provided by a Target Canada spokeswoman:

At Target the privacy of our guests is of paramount importance.  We looked into the matter and determined that a guest was mistakenly sold an unopened demo unit filled with demo content and no personal information was shared. We are working with our store sales teams to reinforce protocols in this regard.

Apple’s Stage Manager multitasking feature in iPadOS 16 is only for tablets with the company’s M1 chip, but that is now changing. According to Engadget, Apple told the publication Stage Manager is now expanding to older iPad Pro 3rd gen and 4th gen models when iPadOS 16 is released later this year. M1 iPad Pro […]
Gary Ng
8 hours ago