Apple to Debut Three New iPads in Latter Half of 2017: Report

According to a new report from DigiTimes, Apple plans to debut three new iPads in 2017, including an iPad model with a special narrow bezel. 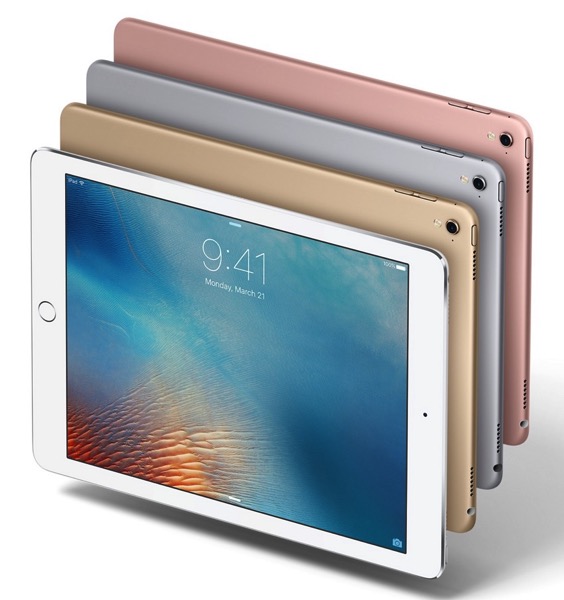 Apple has a trio of tablets in the works for this year: a follow-up to the 12.9-inch iPad Pro, a more wallet-friendly version of its standard 9.7-inch model, and a third option with a “new bezel-free” design, at 10.5″.

The 12.9-inch iPad model would serve as the second-generation iPad Pro. The 12.9-inch and 10-plus-inch iPad Pro versions would reportedly have an amped up version of the iPhone 7’s A10 chip or A10X, which will be made by the Taiwan Semiconductor Manufacturing Co. (TSMC).

The 9.7-inch iPad model, meanwhile, would have the iPhone 6S and 6S Plus’ A9 chip, which will be assembled by Samsung. According to the report, it’s highly possible that the cheaper 9.7-inch version would “move the most units” and would represent “between 50 and 60 percent of total shipments.”

There will be a few supply changes too. Apple will also procure components from its secondary suppliers for its new 9.7-inch iPad and Korea-based Seoul Semiconductor will supply LEDs for the device instead of the existing 9.7-inch iPad’s supplier Nichia.

Apple’s new iPads are expected to debut in the second quarter of 2017, which means that consumers would likely get to buy them between April and June.

Analysts have predicted that Apple’s iPad shipments will dwindle this year to approximately 35 to 37 million units. However, the company’s revenue will be helped by better average selling prices due to the iPad mini’s declining exposure in the market.

Some have speculated a 10.5″ iPad would work, as it would have the same resolution as the 12.9-inch iPad Pro, but also have the same pixel density as the iPad mini at 326ppi.