Last month it was announced the Toronto Star’s digital daily newspaper experiment, Star Touch, was set to end on August 1, 2017. The $20 million experiment had high expectations to be successful as it was based on the same iPad app as Quebec’s wildly popular La Presse.

Parent company TorStar announced iPad support would be coming to the Toronto Star iPhone app, making the latter a universal app. An update for iPad users came late last week, but today the app’s launch has been made official. 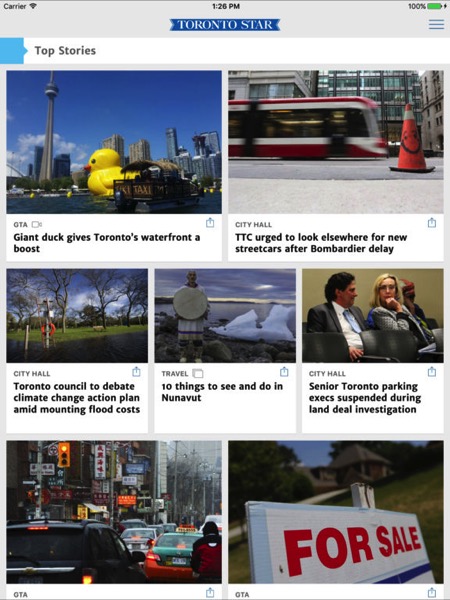 The company says the new app “will allow readers to enjoy the same user experience with the Star on their smartphone as they do on their tablet device.”

The publication says they are making their ePaper for Star Touch readers free, on a three-month trial, giving access to what print users already have.

Star Touch users who have tried the new Toronto Star iPad app has written critical reviews in iTunes, with some noting the daily crossword, comics and Sudoku puzzles aren’t part of this update, while some ad placements aren’t making for a good user experience.

Click here to download Toronto Star for iOS in the App Store. Let us know what you think of it.