iOS 7.1 Code Suggests Touch ID for iPad Is in the Works

When the fingerprint scanner rumours surfaced last year, some of us expected the feature to be on the iPad as well. The whispers did materialize last fall as Touch ID, but contrary to expectations, it was only available for the iPhone 5s; the iPad Air didn’t get it. This, however, is about to change soon, as hints of Touch ID support were found in iOS 7.1 code.

The hints have been discovered by French iOS developer Unicorn, as mentioned by iDownloadblog as well. The evidence is in the strings for a BiometricKit framework, which serves as the framework for the Touch ID scanning functionality.

The iOS developer has found references to both the iPhone and the iPad in this framework. You can see the evidence in the image below. 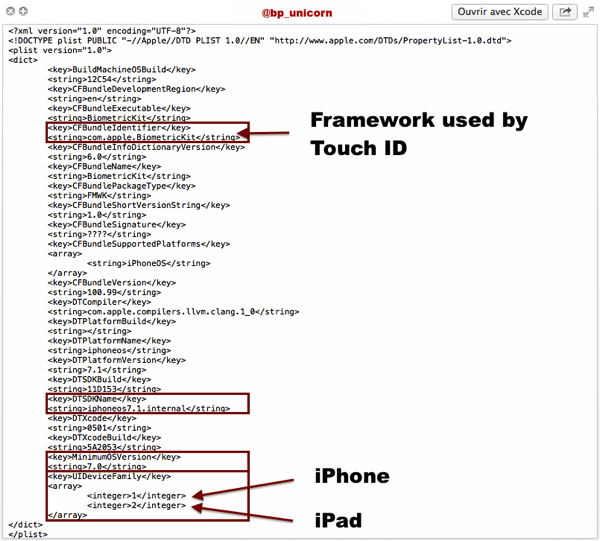 To understand why these numbers serve as evidence, you must know that Apple classifies iDevices into three families: #1 is the iPhone and iPod, #2 is the iPad, and, as you may recall, #3 is for the Apple TV. As you can see in the above image, the BiometricKit is showing compatibility with #1 and #2, which means both the iPhone and the iPad.