At a competition sponsored by Toyota at the 2013 SEMA aftermarket parts trade show in Las Vegas, one of the entries dubbed the “Ultimate Dream Ski 4Runner” was designed in conjunction with X Games-winning freestyle skier Simon Dumont, which is a a tricked-out Toyota 4Runner SUV controlled by a fleet of iPads (via AppleInsider). Almost every interior feature of the vehicle can be controlled from one of five iPads. 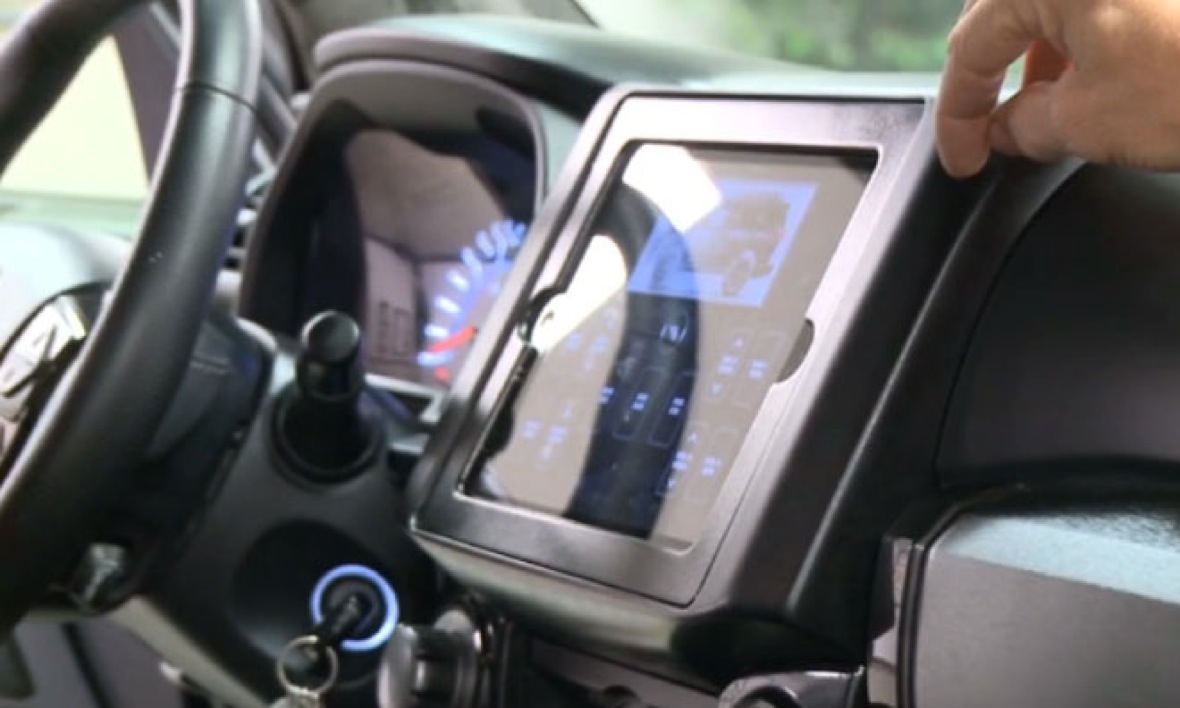 The vehicle has a camouflage-patterned vehicle wrap, LED lights and a rugged, metal roof rack designed to electronically lower and open to store two sets of skis at the tap of an iPad-based virtual button. The source details that from volume of the audio system to opening and closing the windows, each and every function of the SUV is controlled by the iPads. The coolest feature of the 4Runner is is the enclosed ski storage unit at the top.

“At the tap of an iPad-based virtual button, the rack opens to reveal the skis and lowers them down to a more manageable position. Jon Tondro of Herbst Smith Fabrication, team leader on the project, called the components “James Bond-like.”

To further carry through the theme, there were two other iPads inside, front and back, for entertainment and navigation. Or, for that matter, to roll down the windows.”

Check out the Ultimate Dream Ski 4Runner in the following video (flash format):