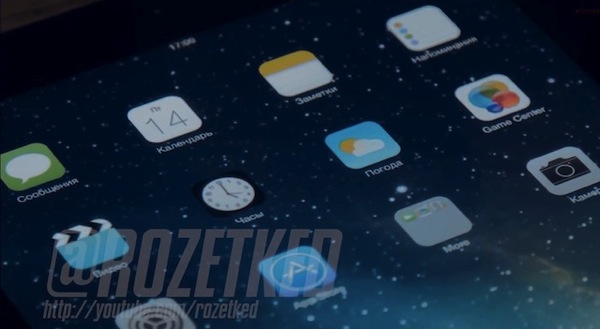 Apple previewed iOS 7 at WWDC 2013 but only made the iPhone beta available to its developers and stated iPad support would be coming later on. We’ve seen Xcode generated screenshots of what iOS 7 would look like on the iPad but now a Russian video on YouTube claims to have an ‘exclusive’ first look of the new iOS on an iPad.

There’s no way to verify if its legitimate or not, but from the preview it does look real, then again the internet is a magical place for fakes. For example, the new parallax feature of moving background wallpapers does not seem to be in place when the iPad is placed down on the table.

What do you think? Real or not?