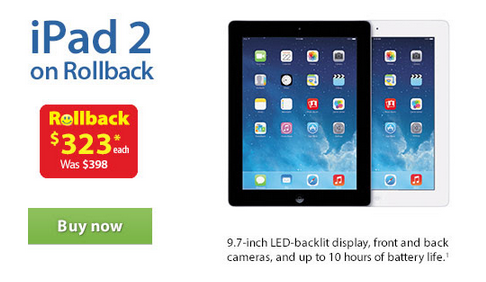 The 16GB iPad 2 Wi-Fi model is still available brand new from Apple for $399. If you’re looking for a larger screened iPad and don’t care for a Retina display, this might be something to consider at this price.

Let us know if you’re to jump on this (or not)!