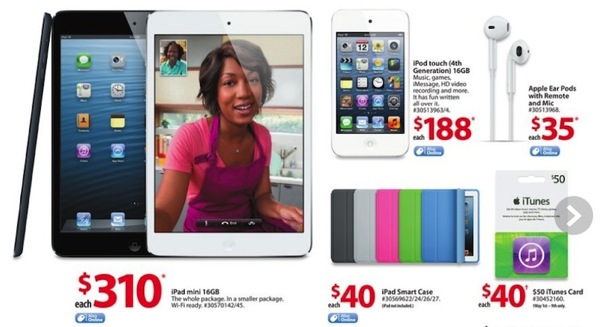 Walmart Canada’s latest flyer shows some Apple products are on sale starting today until May 9. The savings aren’t huge by any means, but considering Apple never has anything on sale it’s just another way to save a few bucks. If you save 50 cents today and then 50 cents tomorrow you can have enough to go to the dollar store (says Russell Peters):

Below are the sale prices compared to their normal prices from Apple.ca:

Walmart has a solid return policy so if you ever change your mind you should be able to return any items without issues. Let us know if you’re going to jump on anything (Mother’s Day is upcoming!).

Update: Safeway also has a sale on $50 iTunes Cards (via @RyanToyota) from the same sale period. 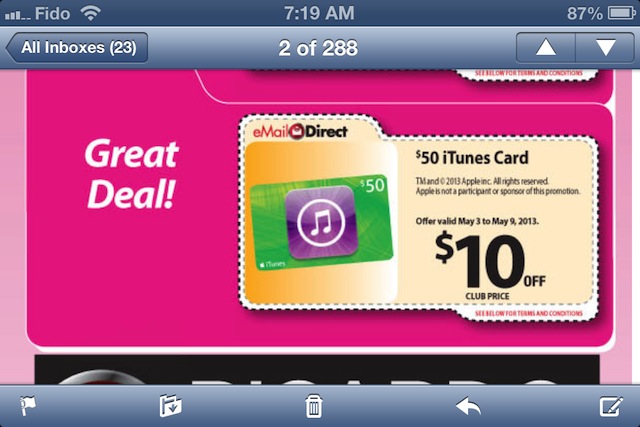