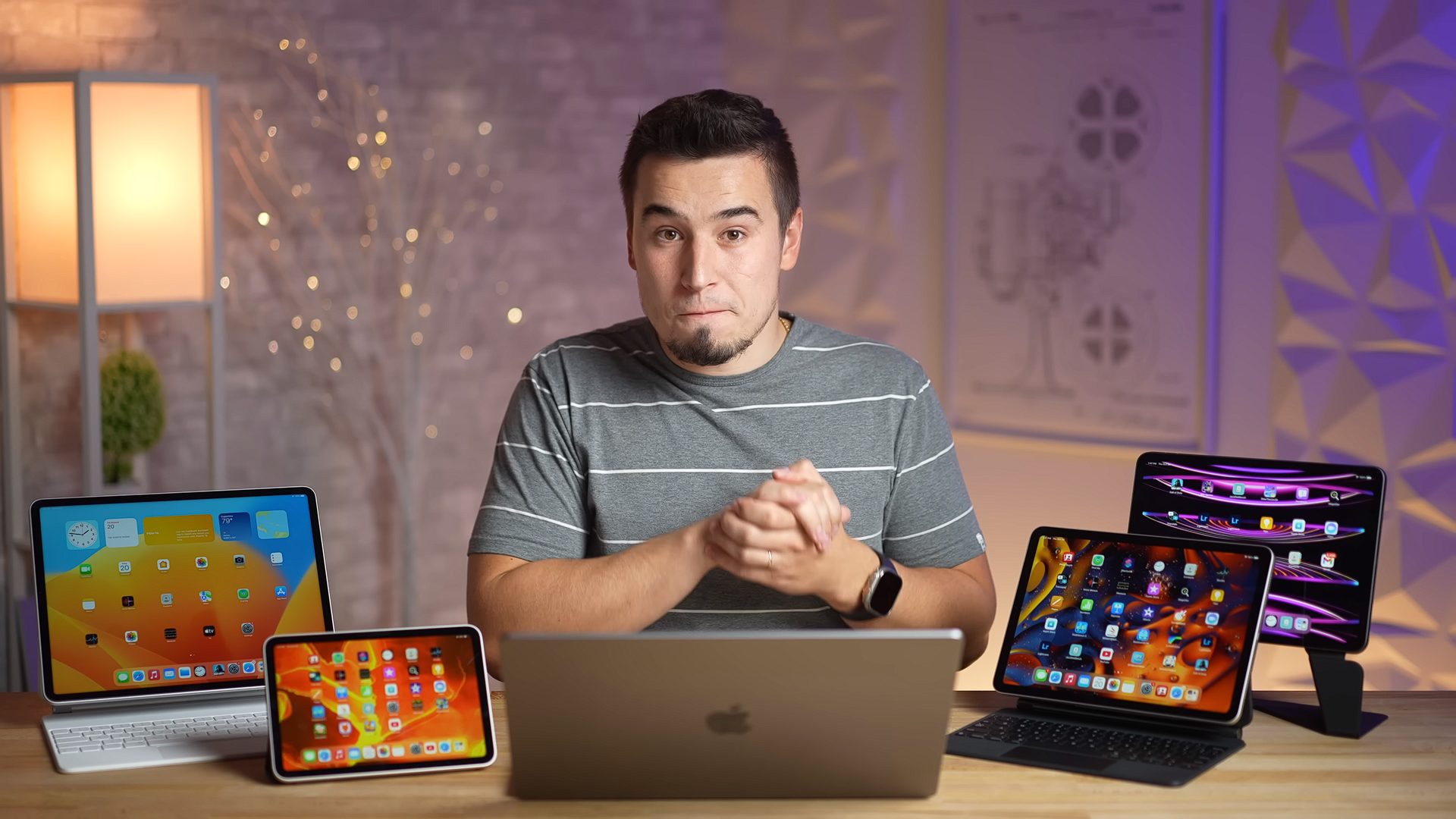 Apple’s recent launch of the 2022 iPad and M2 iPad Pro models has arguably made its iPad lineup more confusing than ever before.

For starters, Apple is currently selling both the new 10th-generation base iPad and the 9th-generation iPad from last year. There’s either too much or too little differentiation between some models, and several choices are available at very close price points.

The new iPad 10 sits at an awkward $599 price point that’s really close to the iPad mini 6 and even the iPad Air 5, while the iPad 9 is a better deal at just $449 (even less if you can find it on sale). That’s after Apple’s recent price hikes across all iPad models, too.

In a recently published YouTube video, Max Tech goes through all of the currently available iPad models to determine which are actually worth buying right now. YouTuber Max Yuryev looked at computing benchmarks, display differences, design, best use cases, and more to determine whether or not each iPad is a good buy at the moment.

The YouTuber started out with criticisms of the new M2 iPad Pro — which lacks meaningful updates beyond the new processor and better connectivity — and the redesigned entry-level iPad 10 — which gets Apple’s more modern flat-edged, all-screen design without the Home button, Touch ID, and a USB-C port (finally).

Yuryev noted that the iPad 10 is a good deal, but a renewed iPad Air 4 from Amazon would cost less with virtually the same internals.

The iPad Air 4 even outperformed the iPad 10 in benchmarks, by a significant margin. “This is the one I would go with if you’re considering the iPad 10, to be completely honest,” Yuryev said.

As for the iPad Pro, the YouTuber advised against buying the new M2 model unless you really want the extra horsepower of the next-generation chip, the new Apple Pencil “hover” feature, Wi-Fi 6E, or Bluetooth 5.3.

If you really need an iPad Pro, the M1 model from last year is a better deal right now — especially if you catch one on sale or buy one refurbished from Apple.

You can check out Max Tech‘s full video below:

Click here to order the iPad model of your choice on Apple.ca. Availability and deliveries for Apple’s latest iPad models are scheduled to kick off starting October 26.