Why Every Geek and Gamer Needs a 128GB Capacity iPad 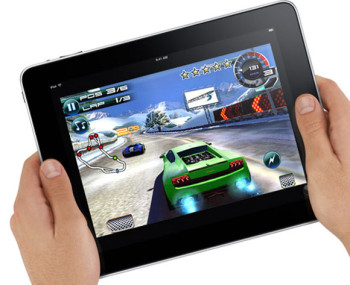 If you’re an iPad user or just a regular Apple enthusiast, you probably know by now that a 128GB version of the iPad 4 is coming. But the question is, do you need one? The answer depends on another question which is, are you an iPad gamer and a movie geek?

If you’re neither, then perhaps you don’t really need the space. Even if you consume and download tons and tons of apps, 128GB may still leave you with a lot of unused space. In fact, compared with laptop and desktop applications, the vast majority of iPad apps don’t take up all that much space. Then again, that doesn’t mean you can put the whole App Store on your tablet.

Games are a different species of apps however, that can very quickly consume a whole lot of storage space on an iPad, particularly for more hardcore gamers who like to play console games on the go. Even though casual games like Angry Birds or Gridlee don’t take up a lot of space, something like an Infinite Blade can easily take up well over 500 MB to download.

Multiply that by twelve and you’re already looking at 6 GB. Thing is, if you’re a hardcore gamer and you don’t like to delete and reload games constantly to optimize your storage space, you’re likely going to end up taking a lot more than that. So very soon, you’ll feel things jamming up on your iPad.

If added to that variable you also happen to be an avid insatiable movie and TV show geek, things have gotten worse for you, by the order of at least 42. Considering that the average size of an SD movie on iTunes is between 1 and 3 GB, with HD going between 3 and 5 GB, then cramming the whole Star Trek: The Next Generation, plus the Original series, plus the whole Lord of The Rings: Extended set of movies for your lonely business trips can become a bit…well, stuffy.

Then of course you have your music space considerations. Typically speaking, music files aren’t very large, but if you like to carry all your favorite albums around, it adds up. You may use a music locker service like iTunes Match or some streaming services. However, you still need local space for your offline playbacks.

At the end of the day, all of the above adds up to an expensive storage bill. In fact, Apple may well be trying to cater specifically to such an audience with the new iPad 128 GB. Logically, the people more prone to buying a tablet with lots of space can only be for the above stated reasons. In other words, it’s built for geeks.

But, as Philip Schiller, Apple’s senior vice president of Worldwide Marketing said in the 128GB iPad press release, he clearly mentions the target market of the higher capacity iPad:

“With twice the storage capacity and an unparalleled selection of over 300,000 native iPad apps, enterprises, educators and artists have even more reasons to use iPad for all their business and personal needs.”

How about you? Do you plan on buying an iPad 128 GB? If so, please share comments about how you intend to use the extra space.