Yes, the iPad mini Has Siri But the iPad 2 Does Not

During the introduction of the iPad mini today, Apple did not have enough time to detail all the features of the smaller iPad, such as the inclusion of the voice assistant, Siri. Some of you asked if Siri was included on the iPad mini and the answer is yet–it’s listed on the ‘Built-in Apps’ section of the website and iPad mini comparison page, but was oddly absent from today’s press release.

Note the ‘blank’ below where the iPad 2 lacks Siri: 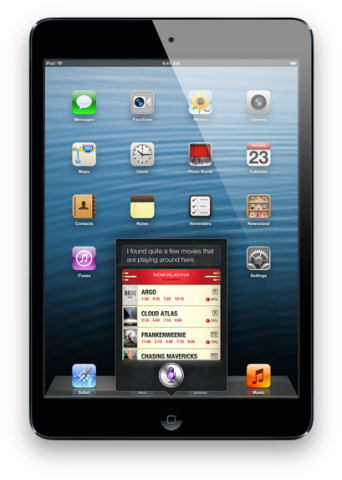 This brings Siri to the latest iOS devices: iPhone 5, iPod touch (5th gen), iPad (4th gen) and iPad mini. Siri dictation is available in OS X Mountain Lion, but that’s about it. Unfortunately, the iPad 2 is the odd person here and still does not have Siri even though both devices run the A5 processor:

Is the iPad 2 set to disappear overall from the line up? Or it is still a viable option for those looking for a larger iPad screen but don’t want to splurge on Retina? It’s just another intricate part of the Apple upgrade matrix that keeps us scratching our heads.