With the recent release of beta 3 of iOS 4.1, a major find was revealed regarding FaceTime on other iOS devices.

The most recent iOS beta reveals a new option in the “Contacts” app that allows users to make FaceTime calls using a phone number or an email address. Currently FaceTime supports phone numbers only.

By enabling the use of an email address, FaceTime becomes compatible with iDevices not associated with a phone number such as iPod touch or iPad. 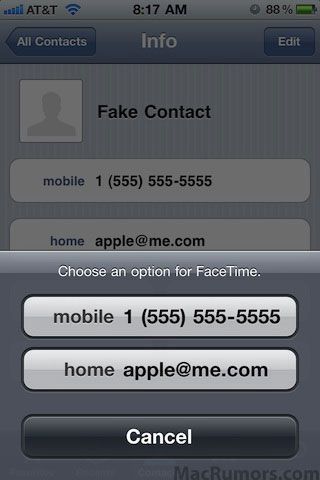 Last month, other published reports showcased screenshots of FaceTime with the option to use an email address to connect the video call.