Near the end of the presentation, we learned that OS 4.0 will be available for iPhone 3GS, iPod Touch 3rd gen, and iPhone 3G, and iPod Touch 2nd gen, although the older devices would not get all the features, like Multitasking. Anything missing here? No mention of a release for iPhone 2G, or iPod Touch 1st gen?! It would seem that Apple is officially, without an official announcement, retiring their 1st generation touch devices. This is most likely because they feel the new features will not work as smoothly on the older devices. 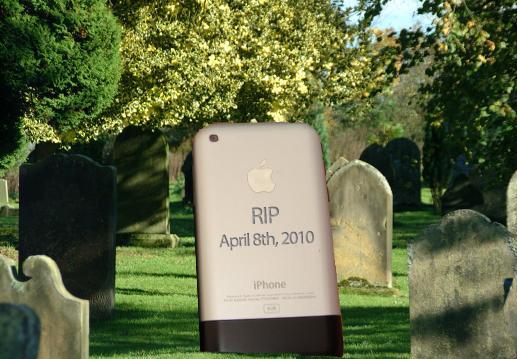 In a Q&A at the end of the presentation, Engadget asked about the lack of support for the older devices. Steve Jobs had this to say:

“Well, a lot of these products that are out there are the most recent products. The old devices will get the update, but they’ll miss some of these features like multitasking. If that’s an incentive for them to upgrade to a new device… terrific.”

So Steve says “older devices” will get the update, but does he mean all the older devices? If the original iPhone does get OS 4.0, what new features will be included? I guess we’ll wait for an official statement from Apple, but as of now, it would seem that the old aluminum back iPhone is dead. 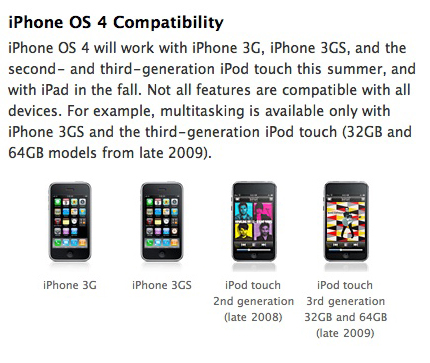