While we still await an official announcement from Cupertino headquarters, the rumored date of March 7th for Apple’s iPad 3 Media Event is getting closer, bringing all sorts of new rumors and speculations. According to 9to5Mac‘s recent publication, iPad 3 shipments are already en route to the U.S., a purported shipping document for which has been posted online on a website named Sina Weibo as noted by Apple.pro. The source claims that the shipping document (below) confirms that shipments will begin on February 26th from Foxconn to the United States. 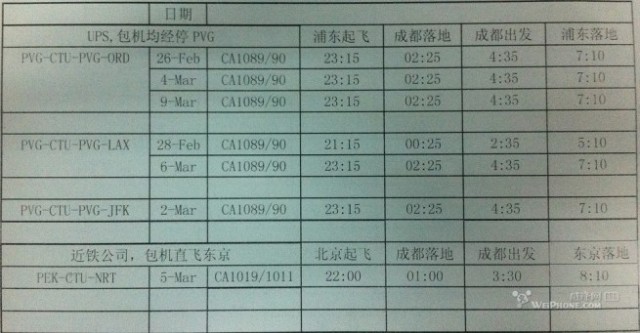 Here is a machine translation from the source:

Some sources are also claiming that we might see iPad 3 pre-orders from Apple, based on the above supply schedule, which will begin on March 7th. More interestingly, there are reports of Apple revealing two major products at the March event, one being the iPad 3 while the second product could well be an Apple TV 3G with 1080P video streaming, a faster chip and Bluetooth 4.0.