Apple has launched its new iPod touch, which comes with an upgraded A8 chip with M8 motion coprocessor, 8MP iSight camera and new colours: space grey, silver, gold, pink and blue. The addition of the A8 CPU means these new iPod touch models have the same CPU family as the iPhone 6, iPhone 6 Plus and iPad Air 2 (A8X). 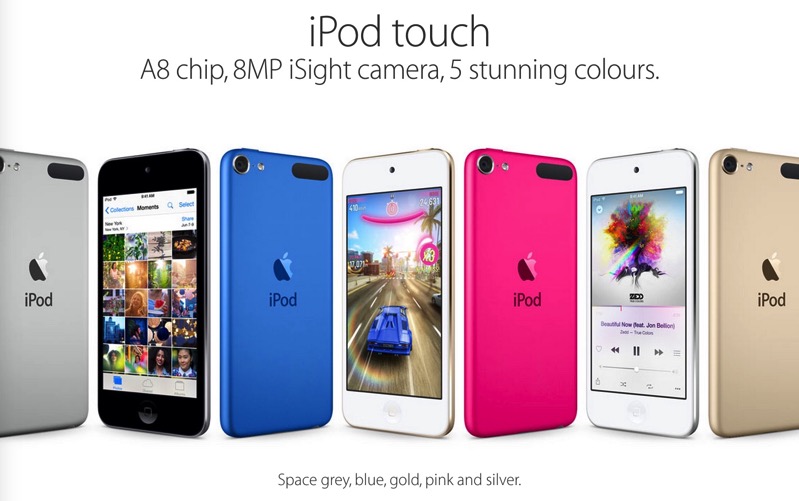 “iPod touch gives customers around the world access to Apple Music, the App Store and iOS, the world’s most advanced mobile operating system, starting at just $249,” said Greg Joswiak, Apple’s vice president of iPhone, iPod and iOS Product Marketing. “With big advancements like the A8 chip and the 8 megapixel iSight camera, customers can experience next-level gameplay, take even more beautiful photos and enjoy their favourite music, TV shows and movies.”

Wi-Fi is now 802.11a/b/g/n/ac and also gains cinematic movie stabilization, according to The Loop.

The Canadian pricing for these new iPod touch models is as follows:

You’ll also notice from the images above the iPod touch ‘loop’ has been eliminated.

Also in these new colours are the iPod nano ($179) and Shuffle ($59), for the same price. The Shuffle gains a new dedicated VoiceOver button, which supports 29 different languages: 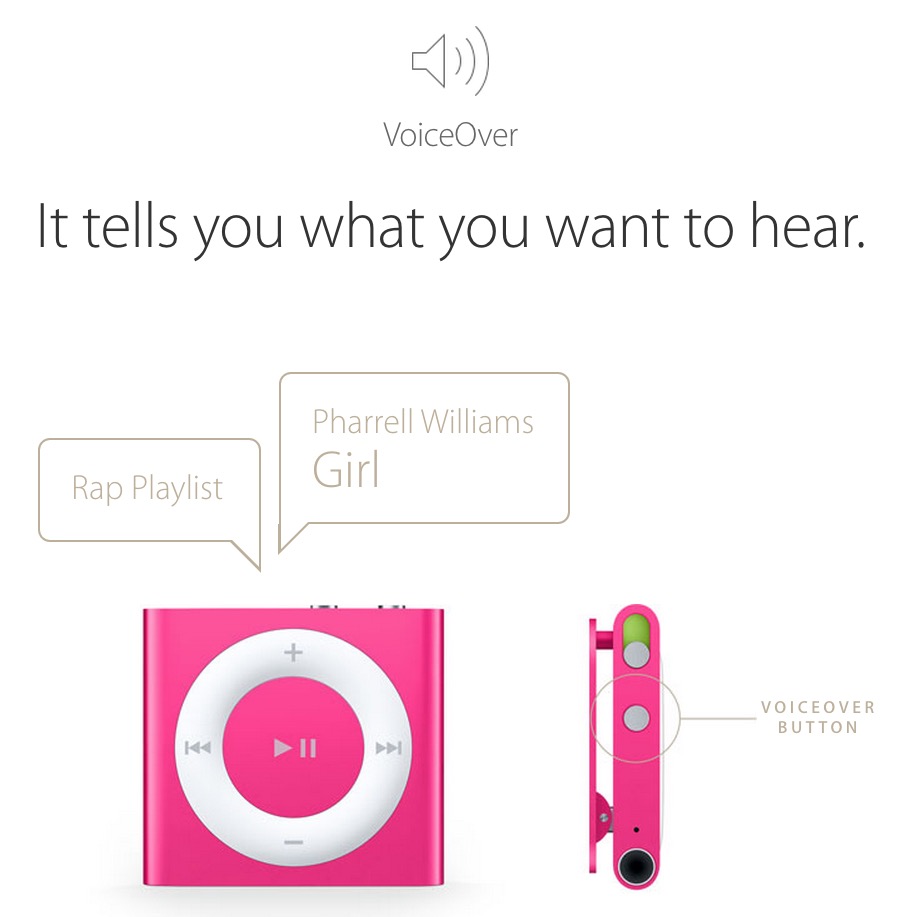 These new iPods are also available in (PRODUCT)RED as well for the same price. Anyone going to jump on these?