Earlier today, we published some great looking concept images of the next generation iPod touch from designer Guilherme Schasiepen, the same guy who designed the last year’s iPhone 4S concept, and now, a lot more details regarding the new iPod touch, iPod Nano and iPod Shuffle have been leaked ahead of tomorrow’s media event where Apple is expected to refresh the whole iPod lineup alongside the new iPhone 5. 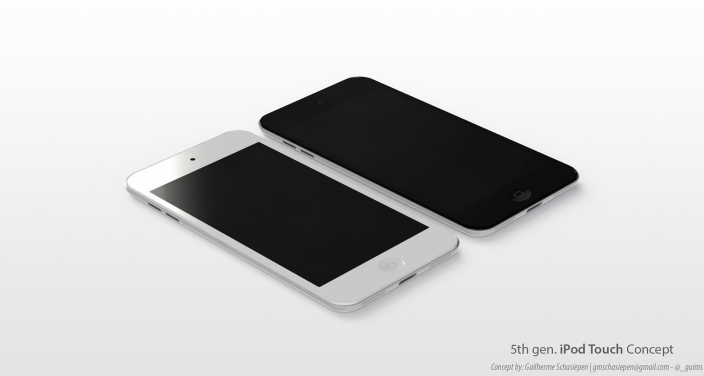 Like developer @Chronic, we’re hearing that the new iPod touch has the internal codename of N78. […]

@Chronic is also saying that the new iPod touch will run a processor named S5L8942X which is similar to the AppleTV single core A5:

This processor codename seems to just be a couple of levels up over the 40X A5 processor.

The report also seconds @Chronic’s tweet that the new iPhone and iPod touch may include a new Panorama feature.

“It’s not hard to imagine the iPhone 5 will once again include a camera demo, perhaps Phil Schiller showing off automagical new Panorama software, and other optical wonders”.

As to what extent the above information is correct, we’ll find out in just over 24 hours from now!