A brand new customization tweak called Unlockize has just hit the Cydia store that lets you pick cool unlock animations for your jailbroken iOS device (via Modmyi). Developed by John Coates, Unlockize allows you to change the default crossfade unlock animation using a simple preferences pane in the Settings.app. There are 6 different animations to choose from. You also have the option to pick more than one animation at a time so that each time you unlock your device, the animations will cycle through your selection of unlock animations. 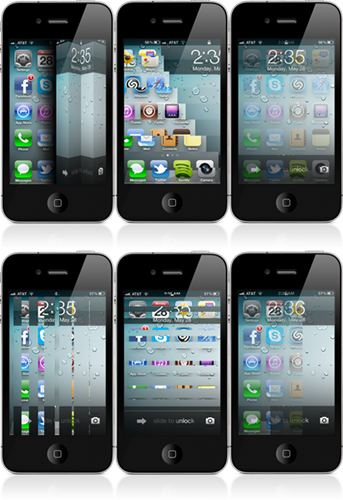 The following 6 unlock animations are currently being offered by Unlockize:

It is worth mentioning that even though the unlock animation changes, the text still says ‘slide to unlock’ since you’re basically using the same sliding gesture to unlock the device. 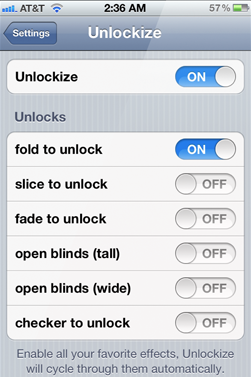 You can download the Unlockize tweak for $1.99 from Cydia via BigBoss repo.