Apple released iOS 4.3 GM to developers last week and recently a few unofficial tutorials have popped up on the web detailing how to jailbreak this GM seed.

Big Boss just detailed on his blog a warning to get people to avoid jailbreaking iOS 4.3 GM as it will mess up MobileSubstrate, a requirement for installing jailbreak tweaks and such:

March 11th is the due date for the next iOS release. This is to support ipad2. As always, I give my standard warning not to update and wait for the jailbreak release. This time, I am giving some extra caution, however.

With 4.3 comes appleâ€™s implementation of address space layout randomization (ASLR). In short, this will mess up the way mobile substrate works. You will need a new mobile substrate in order to use your favorite tweaks such as winterboard, sbsettings, bitesms, folder enhancer, etc. So you should definitely avoid 4.3 until an â€œofficialâ€ jailbreak is released for it.

The final build of iOS 4.3 is being released this Friday. A jailbreak typically will arrive soon after, as the cat and mouse game continues to live on. I would recommend waiting for an official jailbreak from the iPhone Dev Team or the Chronic Dev Team, as always. 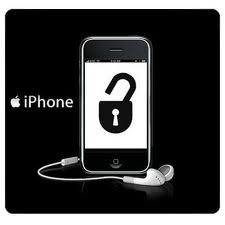