A new tweak has been recently pushed to Cydia called Vexillum which allows users to customize the background and font colors of the notification banner in iOS 5. The tweak is pretty simply and does what it says by adding new options within the Settings.app. Once you download and install the tweak, Vexillum tab appears in the Settings.app without requiring any re-spring. An RGB color module lets you set banner as well notification font colors separately giving you virtually unlimited color combos to choose from. 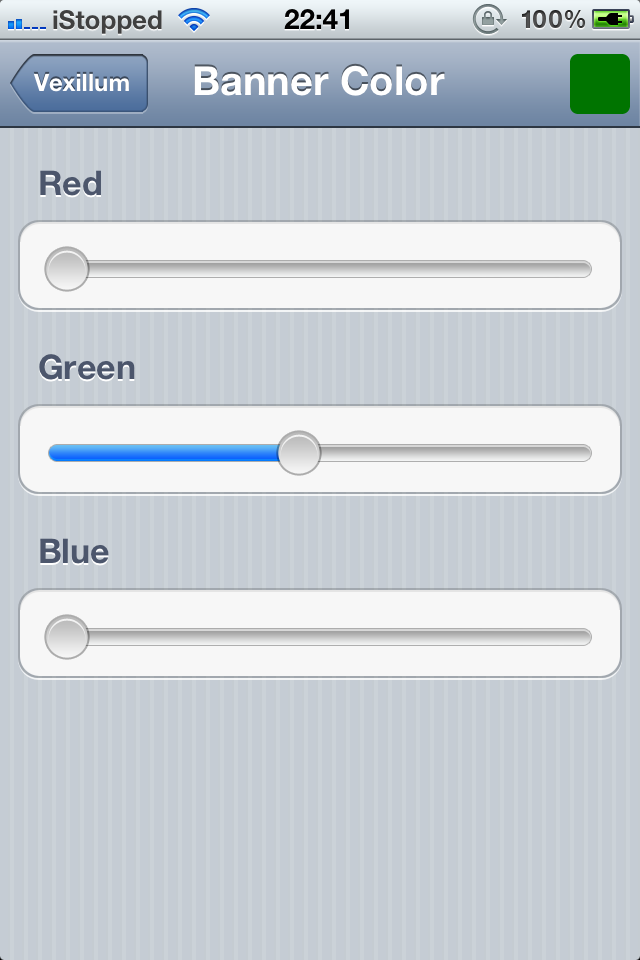 Vexillum can be downloaded for free from Cydia via Modmyi repo.

With vexillum you can change the color of your notifications’ banner! And the font color too. Simply go in Settings.app->Vexillum and change the color. And all for free!

The tweak works with iOS 5 devices only as it relies on notification center. However, you do need to jailbreak your device first in order to install this tweak. To do so, simply read our easy tutorials on how to jailbreak your iPhone 4S using Absinthe or CLI, untethered on iOS 5. For iPhone 4/iPhone 3GS, iPad and iPod touch 3G/4G, follow our guide posted here.