A new tweak called VolumeCustomize has just gone live in the Cydia store which gives users complete control over iOS volume HUD customization. The simple tweak lets you pick just about any color and gradient combination for the volume HUD using RGB sliders. You also have the option to choose a picture for the HUD background, though this feature is reported to be buggy at the moment and causes the volume indicator docs to disappear. The developer however has promised to get this fixed as soon as possible. 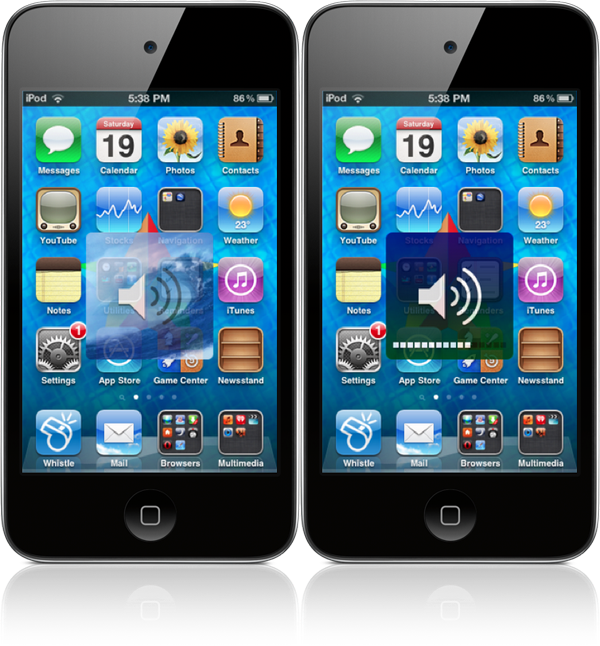 Once you download and install the VolumeCustomize tweak on your jailbroken device, you can customize the volume HUD from within the settings.app. Here you can either select from a list of pre-defined colors or use the RGB sliders to pick a color of your choice for the HUD as well as for the gradient.

To set a picture as the HUD’s background, place the picture of your choice in the following directory:

Re-spring the device to apply. 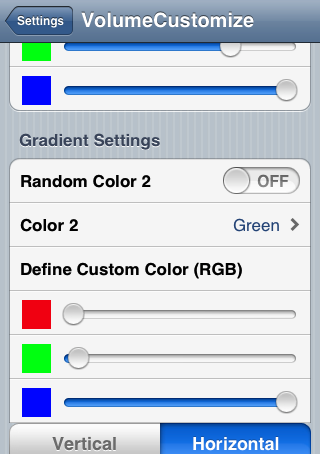 You can download VolumeCustomize for free using Cydia via the BigBoss repo.